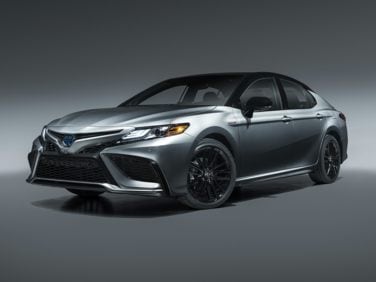 All About Toyota Camry Hybrid

The Camry Hybrid is an efficient and environmentally friendly version of Toyota’s popular, long-running mid-size sedan, named for a Anglicized translation of the Japanese word for “crown.” The Japanese auto manufacturer originally released the Camry in 1982, and the hybrid version became available in 2006 as a 2007 model year car. The Toyota Camry Hybrid made its debut at the 2006 North American International Auto Show in Detroit. Though Toyota is well recognized for the brand’s popular Prius family of compact and sub-compact gasoline-electric hybrid cars, cars like the Camry Hybrid are also popular because they are simply a hybrid update to an existing vehicle, and, unlike the distinctive Prius, the Camry Hybrid is rather inconspicuous, accomplishing the goals of being more fuel efficient and environmentally responsible while looking and functioning generally like a normal car. In North America, the Camry Hybrid helps round out Toyota’s comprehensive lineup of gasoline-electric hybrid vehicle options. In Japan, Toyota’s domestic market, the Camry is actually available exclusively as a hybrid, since the traditional gasoline Camry was discontinued in that country at the end of the car’s previous generation.

The redesigned Toyota Camry, including the Camry Hybrid, premiered in August of 2011. The Toyota Camry Hybrid is designed using the second generation of Toyota’s Hybrid Synergy Drive gasoline-electric drivetrain technology. The gasoline engine is a 2.5-liter four-cylinder unit that puts out 150 horsepower. This engine is then paired with an electric motor for a combined power output of 200 horsepower. The Camry Hybrid has a six-speed automatic transmission and yields EPA fuel economy ratings of 43 mpg in the city and 39 mpg on the highway. Power output was increased over the previous generation of Camry Hybrid, in part because of a change to the power steering system to make it more efficient. The new Camry models, including the Camry Hybrid, enjoyed an across-the-board increase in fuel economy due to a lighter body weight, improved aerodynamics, and low rolling resistance tires that help reduce friction and drag. The Camry Hybrid produces about 70 percent fewer harmful emissions than the average new vehicle, which helps reduce smog and other environmental damage.

The Toyota Camry Hybrid features many of the same characteristics as the traditional gasoline Camry. Exterior and interior options are similar, as are the car’s driveability characteristics. The Camry Hybrid offers convenience features such as a smart key with keyless entry and a push button start, a touch-screen audio system, dual zone climate control, and a navigation system.