When the first generation Toyota Avalon was introduced back in 1995, it was positioned as the vehicle for Toyota buyers who have grown older and wanted to stay in the Toyota lineup. This would be the plan for the first three generations of Avalon. But with the introduction of the fourth-generation Avalon, Toyota wants to bring in a younger audience (40- to 60-year-olds). The new Avalon begins to shed its old person persona by going with a youthful and smooth design that features a coupe-like roofline and a highly-raked c-pillar. Despite the sleek look, the new Avalon provides almost the same dimensions as the outgoing model. Inside, Toyota applied the same sleek design from the exterior and added premium materials and features such as stitched door and dash panels, a small LCD screen mounted in the middle of the gauge cluster, and a set of Intellitouch capacitive touch buttons surrounding either a 6.1 or 7-inch touchscreen.

The base Avalon powertrain is a 3.5L V6 producing 268 horsepower and 248 lb-ft of torque that goes through a six-speed automatic. New for this generation is the Avalon Hybrid which uses a 2.5L Atkinson-Cycle four cylinder and electric motor producing 200 HP that goes through a continuous-variable transmission. Power for both models is sent to the front wheels. Fuel economy is rated at 21 City/31 Highway/25 Combined for the V6 and 40 City/39 Highway/40 Combined for the Hybrid. The Avalon starts at $30,990 for the XLE model and comes equipped with seventeen-inch alloy wheels, leather, heated front seats, dual-zone climate control, and push button start.

Next up is the XLE Premium at $33,195 and adds a moonroof, backup camera, autodimming rearview mirror with compass, and a HomeLink transmitter. The $35,500 XLE Touring is next up and adds eighteen-inch wheels, memory seats and mirrors for the driver, Toyota’s Entune infotainment system, navigation, blind spot monitoring with rear cross traffic alert, paddle shifters, and three different drive modes (Normal, Eco, and Sport). Finally there is the $39,650 Limited that adds HID headlights, LED daytime running lights, rain sensing wipers, a hard drive-based navigation system, premium JBL audio system, heated and ventilated front seats, heated rear seats, and a power rear sunshade. The Avalon Hybrid starts at $35,555 for the Hybrid XLE Premium and is followed by the Hybrid XLE Touring ($37,250) and Hybrid Limited ($41,400). The Hybrid models include all of the standard equipment from the normal Avalon models. Competitors to the Avalon and Avalon Hybrid include the Buick LaCrosse, Ford Taurus, and Hyundai Azera. 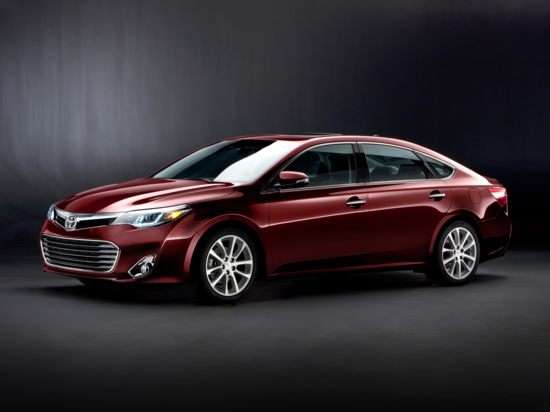 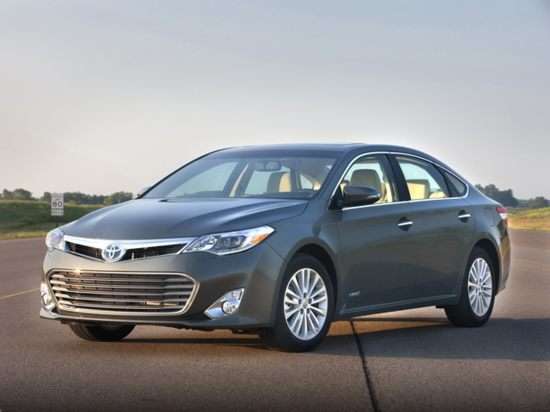