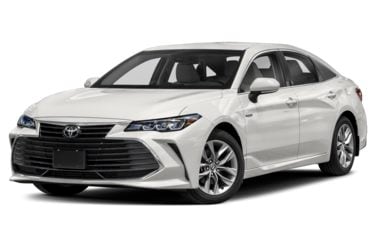 All About Toyota Avalon Hybrid

The Toyota Avalon Hybrid is a gasoline-electric fuel efficient version of the Japanese automaker’s full size sedan. Though the Avalon has been Toyota’s flagship vehicle in the North American market since the mid-1990s, the Avalon Hybrid version was not announced until 2012. The hybrid version of the Avalon uses the Hybrid Synergy Drive technology found throughout Toyota’s extensive lineup of hybrid vehicles, including the popular Prius model line of hatchbacks and wagons.

The Prius had already become a leader in the class of compact gasoline-electric hybrids and enjoyed years of success by the time Toyota announced the Avalon would also be available in a hybrid version. This announcement took place in June of 2012 and was a part of a larger redesign project for the Avalon, as well as an attempt to capitalize on Toyota’s reputation for designing reliable and desirable hybrid cars. It allowed Toyota to expand the hybrid lineup with a full size sedan without invoking the Prius name, as had previously been done with the mid-size Camry sedan. Previews for these updates to the Avalon were shown in partially completed form at the New York International Auto Show in 2012, Following the announcement and previews, the Toyota Avalon Hybrid made its debut as a 2013 model.

The fourth generation of the Toyota Avalon, which includes the Avalon Hybrid as well as the traditional gasoline models, was marked by several important updates. This generation Avalon, in hybrid form, shares not only the Hybrid Synergy Drive system with other Toyota models, but there are many other common components. The updated Avalon shares a platform with the Lexus ES (borrowed from Toyota’s luxury brand) and carries over many of the styling cues that were established on Toyota’s Camry sedan, such as front end design and lighting. A redesigned front grille, bolder and brasher, helps the Avalon retain its place as Toyota’s flagship. The interior saw some updates as well. The control buttons were removed, and instead, the driver handles cabin controls with tap touch technology. Though these features are common across all versions of the Avalon, they are especially important for the Avalon Hybrid, where the appearance of up-to-date technology helps the car appear more cutting edge. The Avalon Hybrid also offers cabin comforts such as heated front seats and safety features such as a backup camera. The fourth generation Avalon and Avalon Hybrid were released for sale in December of 2012.

The Hybrid Synergy Drive technology that powers the 2013 Toyota Avalon Hybrid is similar to that of the 2012 Toyota Camry Hybrid. The Avalon Hybrid features a 2.5-liter inline-four gasoline engine paired to an electric motor with a total output of 200 horsepower. It has a continuously variable automatic transmission. The Toyota Avalon Hybrid drivetrain earned EPA fuel economy ratings of 40 mpg city, 39 mpg highway, and 40 mpg combined.