The Toyota 4Runner is a dependable mid-size SUV that combines a rugged, full-frame design with five passenger seating and the ability to haul a very respectable 90 cubic feet of cargo space.  The Toyota 4Runner also features decent off-road capability and a tow rating of 5,000 lbs.  In terms of safety, all versions of the sport-utility vehicle come with full-length side curtain airbags, seat-mounted front side airbags, forward airbags, and front knee airbags, as well as electronic stability and traction control, hill start assist, and hill descent control.

The Toyota 4Runner is offered with a single engine option, a 270 horsepower, 4.0-liter V-6 that is also rated to produce 278 lb-ft of torque.  A five-speed automatic transmission sends this output to either the rear or all four wheels if optional four-wheel drive is ordered.  Fuel mileage for the SUV shows as 17-mpg in stop and go driving and 23-mpg on the highway.

A list of cars similar to the 4Runner includes the 2012 Nissan Pathfider, 2013 Ford Explorer and 2012 Jeep Grand Cherokee. 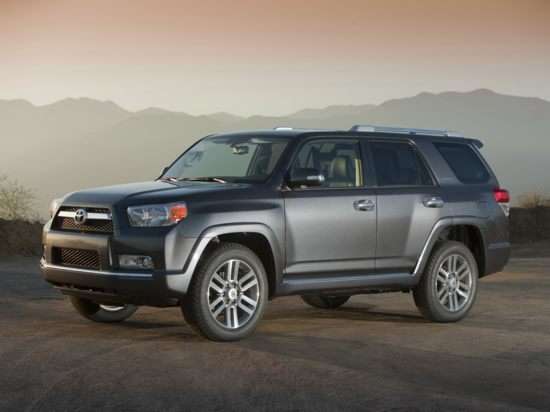