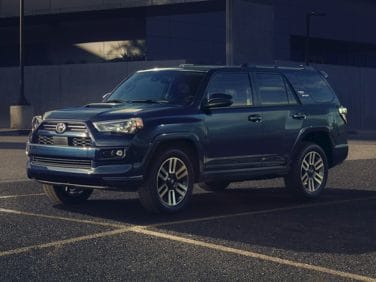 All About Toyota 4Runner

The Toyota 4Runner is a four-door, seven passenger mid-size SUV. The 4Runner dates back to the early 80’s, when Toyota decided to jump on the SUV bandwagon by grafting a fiberglass top onto their pickup truck, throwing in a couple of extra seats and calling it the Toyota 4Runner. While this technique may sound a bit crude, it was actually done in response to the same methodology used by domestic manufacturers such as Ford and Chevrolet, who had come out with new versions of the Bronco and Blazer respectively. Over the ensuing years, the 4Runner would gain its own platform and unique body design, abandoning its pickup roots and orienting itself more towards the luxury SUV market where its chief competitor was not domestic but rather companies such as Nissan.

The 2008 Toyota 4Runner is the apex of the vehicle’s evolution. The current generation dates back to 2003, and while it maintains the size and general build of a truck, the independent front suspension makes it as comfortable to handle on the highway as it is off-road. The 4Runner has definitely been refined from its original utilitarian character, but that has not taken away from its capability on the trail. To begin with, the 4Runner can be had with full-time 4-wheel drive, which includes a Torsen limited-slip locking differential – the gold standard for instantaneous torque re-distribution on the fly. The SUV also comes with standard downhill assist control, which keeps the vehicle at a safe speed while driving down a steep grade. Hill start assist control is standard as well, as are skid plates.

There are two engine choices to help buyers plow through all of that off-road mud and muck. The first is the same 236 horsepower V6 engine found in the Toyota line of pickups, and the second is a 4.7 liter V8 which generates 260 horsepower and 306 lb-ft of torque - sourced from the Tundra. Both of these engines are equipped with variable valve timing, and the 4Runner is rated as a Low Emissions Vehicle by the EPA. The only transmission available is a 5-speed automatic, and the V8 engine is rated at 14 miles per gallon around town and 17 miles per gallon on the highway. The V6 provides better, but still not spectacular fuel mileage at 16 miles per gallon city and 20 highway. The latter numbers are respectable for an SUV of this size.

Inside, the occupants of a 4Runner will be comfortable even in the entry-level SR5 trim, but ordering the upscale Limited version of the SUV treats passengers to such luxuries as leather seats, dual climate control, wood accents, and optional self-leveling rear suspension. All 4Runners come with stability and traction control, as well as a host of other active and passive safety features.

The Toyota 4Runner stands out from car-based SUV’s with its off-road capabilities, yet it also differentiates itself from more rugged truck-oriented sport utility vehicles through its excellent highway handling and comfort. The 4Runner occupies a unique niche in the Toyota lineup, and continues to uphold a proud tradition of 4x4 excellence.

The 2009 Toyota 4Runner is a carryover from 2008. The 2009 4Runner can be ordered in SR5, Sport Edition or Limited Trim. Each edition of the SUV can be equipped with either a 6 or 8-cylinder engine. The 4.0 liter V6 produces 236 horsepower and 266 lb-ft of torque, and shows fuel economy of 16 miles per gallon in city driving and 20 miles per gallon on the highway. The 4.7 liter V8 raises output to 260 ponies and 306 lb-ft of torque, and drops fuel mileage to 14 miles per gallon around town and 17 miles per gallon during highway cruising. All three trims use the same 5-speed automatic transmission, and each can be ordered with either rear-wheel or four-wheel drive.