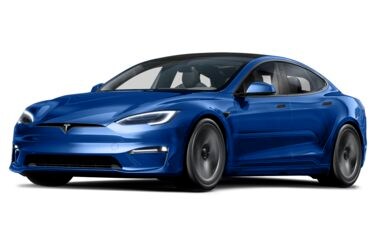 All About Tesla Model S

The Tesla Model S is the first car designed and built from the ground up by Fremont, CA-based Tesla Motors. Tesla Motors is a car company that makes all-electric vehicles based on the 19th-century discoveries and innovations of physicist and electrical engineer Nikola Tesla. Though Tesla collaborated with other automakers early in its history, and built an electric Tesla Roadster that was based on a Lotus Elise, the Model S is Tesla’s first all original vehicle. It was released in June of 2012 in the United States, and the first Model S vehicles reaches European shores in August of 2013.

The Model S is, to some, a four-door sedan; others call it a five-door hatchback. In regards to looks, its profile more closely matches that of a sedan, and the rear liftback is actually where the electric motor is mounted. The rear-mounted motor is actually one of the keys to this Tesla’s early acclaim. When the Model S was tested by the National Highway Traffic Safety Administration for the United States safety regulations, and its results were published in August of 2013, it achieved the highest score ever recorded. There were a lot of reasons, Tesla claims. The electric motor allows for a low center of gravity, which helps make the Model S resistant to flipping or rolling. An all electric drivetrain means no fuel is needed, which greatly reduces the chance of a fire in the event of a crash. And since the front bay is open (used for storage, like a trunk) it helps protect the occupants of a Model S involved in a front impact crash, since the front can crumple and absorb the impact without damaging anything dangerous. The Model S is also constructed of super light aluminum reinforced with steel, which increases safety as well as reducing weight to improve energy efficiency. The Model S is so efficient, in fact, that it is expected to revolutionize the way North American consumers perceive electric cars. The Model S does not have a gasoline backup engine; it simply doesn’t need it. Yet it can go between 200 and 300 miles on a single charge. The variation is due to differences in Tesla’s battery options, as well as discrepancies between Tesla’s claims and the Environmental Protection Agency’s testing. However, these are much greater ranges than the other few electric vehicles on the market at the time of the Model S’s release. The Model S can be charged at home, on standard 120 volt or 240 volt current. It can be charged on the road, at any of Tesla’s growing network of Supercharger electric vehicle charging stations, as well as any other public electric vehicle infrastructure.

In short, the Tesla Model S is helping to change the overall perception of electric vehicles, making them a possibility (if not now, in the future) for people who may not have been able to cope with their limitations. And on top of that, the Model S is very nice. It’s not quite luxury, but it’s got some of the telltale touches, like a sharply designed interior with high end materials and top end electronics. The base Model S can achieve 0-60 in 5.9 seconds and tops out at 120 mph; the top of the line version accelerates to 60 in 4.2 seconds and can hit 130 mph. All of this for a car that puts out no emissions whatsoever. It doesn’t even have a tailpipe.