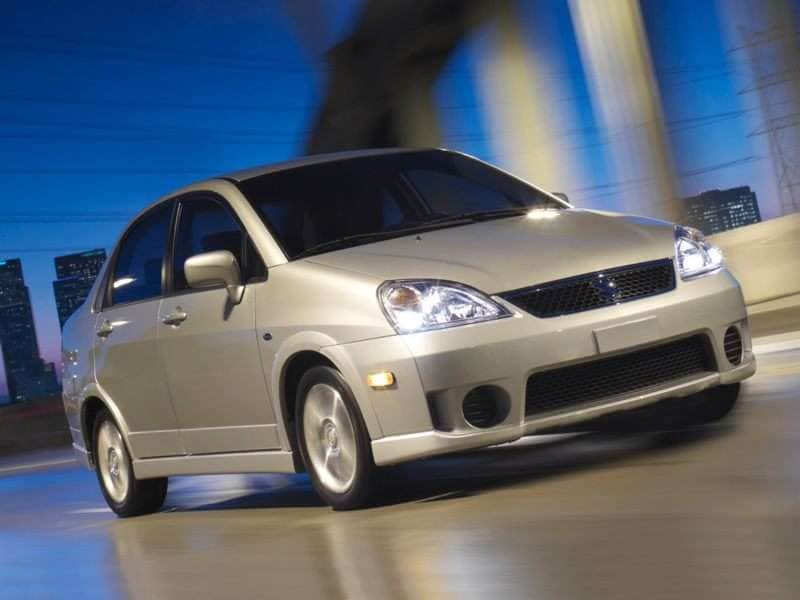 Suzuki, like so many Japanese brands to come before it, found initial success in the U.S. marketplace with a tiny little off-roader called the Samurai. Cheap, durable, and equipped with a convertible top, the Samurai could go places many other vehicles could not. However, due to the Samurai’s short wheelbase, narrow track, and tall center of gravity, a consumer watchdog organization deemed the diminutive SUV a safety risk, touching off a long, drawn-out lawsuit and tainting the brand in the process.

At the same time that Suzuki was dealing with the Samurai debacle, the company was churning out the Swift subcompact and its Geo Metro twin, and it launched the Suzuki Sidekick and a Geo Tracker counterpart. Geo was a General Motors brand selling rebadged import models, and the Geo versions of Suzukis were more popular than the Suzuki versions of Suzukis.

By 1999, when Autobytel began compiling Suzuki pictures, the lineup included the Vitara and Grand Vitara SUV models, the Swift subcompact, and the Esteem compact. In 2002, the Suzuki Aerio model replaced both car models, and then the Aerio was itself replaced by the similarly configured Suzuki SX4 in 2007.

View our archive of Suzuki photos, and you’ll see evidence of a move to expand the Suzuki brand in the late 2000s. Prior to divesting itself of investment in Suzuki, GM lent the company a crossover SUV platform to use for a second-generation XL-7. Through a partnership with Korean automaker Daewoo, Suzuki offered the Forenza sedan and wagon, Reno hatchback, and Verona midsize sedan. Nissan donated the Frontier pickup truck for Suzuki’s Equator model.

As a result, sales rose rapidly, but the gains could not be sustained during the Great Recession. Suzuki cut the Daewoo-sourced vehicles from the lineup, cancelled the XL-7, and focused primarily on those models it had designed, engineered, and built: the Grand Vitara, SX4, and the new Kizashi midsize sport sedan.

As can be seen in our collection of Suzuki images, the Kizashi was an appealing vehicle, but without a big ad budget, and perhaps because nobody could spell the car’s name in a modern research environment driven by search engine optimization, it never gained traction with consumers. In 2012, after 27 years, Suzuki called it quits in the U.S. automotive market.