Every Subaru Model Honored by IIHS

Led by the 2015 Subaru XV Crosstrek and Impreza—the only entries in their class to achieve "superior" ratings for front crash-prevention technology—the entire 2015 Subura lineup has earned at least Top Safety Pick recognition from the Insurance Institute for Highway Safety (IIHS).

Celebrated Thomas J. Doll, president and chief operating officer for Subaru of America, Inc.: “We are very pleased that the IIHS has recognized Subaru in their recent tests. Safety is a long-time hallmark of the Subaru brand and we are proud to have the IIHS’ 2015 Top Safety Pick endorsement for every vehicle in our lineup.”

In fact, that "long-time hallmark" has seen every member of the Subaru team receive a Top Safety Pick ranking or higher for six straight years, a record no other automaker can match.

Now, as a reminder, the IIHS Top Safety Pick regimen includes physical tests for small- and moderate-overlap front impacts, side impacts, roof strength, and seat and head-restraint performance. The Institute—which, for the record, is "wholly supported by auto insurers and insurance associations"—then also looks to whether a vehicle offers some sort of front crash-prevention system. Top Safety Pick status requires at "acceptable" or "good" grades in the crash tests, as well as a "basic" level of front-facing technology, such as a warning system.

Perhaps unsurprisingly, the Forester, WRX, Legacy sedan, Outback, and XV Crosstrek—and Subaru as a whole—all scored annual sales records in 2014, when the brand topped out at 513,693 deliveries, increased volume by 21 percent over 2013, and exceeded half a million annual U.S. sales for the first time ever. 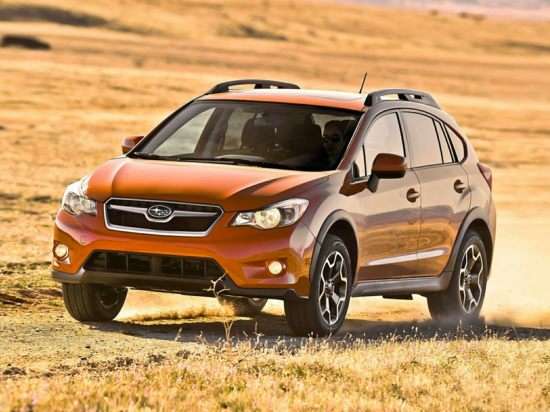