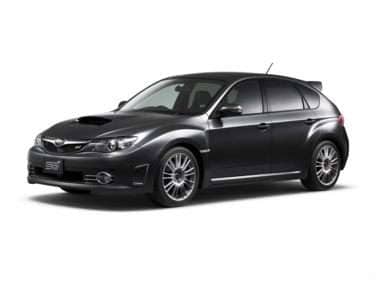 All About Subaru Impreza WRX STi

Subaru’s Impreza WRX STI, with its World Championship Rally heritage behind it is one of the most sought after performance models available today. A cult favorite—the Subaru Impreza WRX—was offered nearly everywhere in the world, except the United States, until the 2000 model year. This of course created intense desire for the model when it was finally brought to America.

Hey, we’re a people always want what we can’t have—more than anything else.

Thing is, in the Subaru WRX STI, the ultimate descendant of the 2000 Subaru WRX is absolutely worth wanting to have. Propelled by a 305 horsepower turbocharged and intercooled four-cylinder horizontally opposed engine. The Impreza WRX STI has up to 290 ft-lbs of torque at its disposal. A six-speed manual is the only transmission offering.

For STI applications, the turbocharger produces a maximum of 14.7 PSI of boost. The STI version of Subaru’s WRX also gets a free flowing rear catalytic converter, a low backpressure muffler and dual outlet chrome tailpipes (OK, so the chrome tailpipes don’t really improve performance, but hey, they look good!).

The Subaru WRX STI also employs what Subaru refers to as Subaru Intelligent Drive (SI-DRIVE). This system gives the driver the ability to select from among three settings for throttle response and the engine management system.  This way the car can be set up to be relaxed in traffic, sharper in performance-oriented situations, and even sharper still in competition.

This, in combination with the Multi-Mode Driver Controlled Center Differential (DCCD) gives the driver the capability of setting the car for optimal performance in a variety of driving situations.  The DCCD essentially administers the apportionment of torque transfer throughout the all-wheel drive system. The Impreza WRX STI also gives the driver the ability to select the responsiveness of the Vehicle Dynamics Control System to select between sharper handling and more direct driver control (including a track setting) or more security in inclement conditions.

Braking is managed by a set of 13-inch front rotors and four-piston calipers by Brembo. The rear brake rotors measure 12.6-inches and use two-piston calipers. Subaru’s Super Sport ABS system controls braking forces at each rear wheel independently. This can mitigate understeer in late- and trail braking situations.