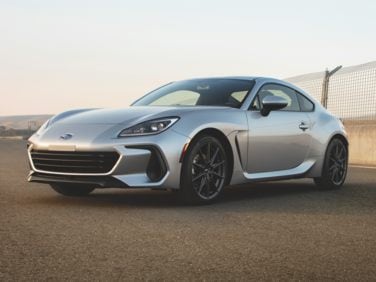 All About Subaru BRZ

The Subaru BRZ is a rear wheel drive sport compact two-door coupe that was designed and produced as a collaborative project between Subaru and Toyota Motor Corporation. The Subaru BRZ is sold in North America, where it competes with the Scion FR-S, and in other areas throughout the world, where it may compete with the Toyota 86 or FT86. The BRZ began as a Toyota concept car that was first shown in 2007. When Toyota acquired a percentage of Subaru in 2008, Toyoya’s people approached Subaru’s people about a potential platform sharing collaboration. Toyota said from the beginning that they intended for the finished coupe to be rear wheel drive, but since Subaru’s staked its reputation on reliable all wheel drive vehicles, the decision makers weren’t sure how this new potential vehicle would fit into the lineup, if at all. They eventually yielded, and, after Toyota revealed several revised concepts to gauge reaction, the Subaru BRZ finally hit the streets in early 2012. Both the Subaru BRZ and Scion FR-S enjoyed marketing blitzes in the North American markets to coincide with the launch, helping the cars gain some early traction and positive publicity. The BRZ was the subject of a documentary about the vehicle’s production and was treated to a big commercial campaign throughout North America. In Australia, the BRZ sold out its limited allocation online within three hours of its launch.

The Subaru BRZ’s name comes from “boxer engine, rear wheel drive, zenith.” The BRZ is available in two trim lines in North America, the Premium and the Limited. Subaru offers a performance version only in Japan, customized by Subaru’s in-house tuning division, Subaru Tecnica International (otherwise known as STI). The STI variation features upgraded suspension, 18-inch BBS alloy wheels, a distinctive bodykit, Brembo brakes, and overhauled performance-oriented interior. Both trim lines come with a 2-liter 16-valve engine, and come standard with a 6-speed manual transmission or optional automatic transmission. Since the Subaru BRZ shares its platform and nearly all its mechanical components with the Toyota model and the Scion model, and sales of the cars overlap and compete in some markets, they each have a few distinctive exterior elements to help each version reflect its respective brand (although they share similar profiles and are still quite close in appearance). Subaru’s designers gave the BRZ a hexagonal grille, LED headlight accents, and integrated daytime running lights. In North America, the BRZ is offered in a generally darker color palette than the typically bright Scion version to appeal to Subaru’s older customer base.