When measuring the total annual cost of operating an automobile, fuel economy is a compelling consideration. Happily, according to the U.S Department of Energy’s FuelEconomy.gov Website, the best gas mileage used SUVs all top 27-mpg in combined city and highway driving. To compile this listing, we looked at the combined fuel economy ratings for SUVs from model years 2010 to 2014. The higher the combined rating the model achieved, the higher it ranks on this list.

Introduced in 2000, the Ford Escape was the first American compact crossover suv. By the 2005 model year, its popularity, along with its Mazda Tribute and Mercury Mariner platform mates had led to Ford introducing hybrid versions of the triumvirate, both to improve the company’s corporate average fuel economy rating and to give consumers another reason to consider the hot-selling model. Capable of seating five, the “Escabuteiner” Hybrid was powered by a 2.5-liter four-cylinder engine paired with two electric motors to generate some 177 horsepower of total system output. A continuously variable transmission routed power to the front wheels. For all-wheel drive models, an additional electric motor was added to power the rear wheels. In addition to outstanding fuel economy, the models returned excellent crash test scores.

If it suddenly seems you’re seeing the Subaru XV Crosstrek everywhere, it’s because you are. The model has been a runaway best seller for Subaru since its introduction as a 2013 model, and for good reason. Remarkably capable offroad, the XV Crosstrek is also good looking, and then of course there’s Subaru’s reputation for reliability. For the 2014 model year, the company introduced Subaru’s first ever hybrid offering, the XV Crosstrek Hybrid. Embodying all of the positive attributes of the standard model and delivering the exemplary fuel economy of a hybrid powertrain as a flourish, made the XV Crosstrek Hybrid even more desirable. Power came from Subaru’s 2.0-liter horizontally opposed four-cylinder engine mated to an electric motor, Subaru’s all-wheel drive system, and a continuously variable transmission. Total system output was 160 horsepower and 163 ft-lbs of torque.

The market’s first mid-size luxury crossover SUV was also the market’s first mid-size hybrid luxury SUV. With 29 miles per gallon combined, the 2010 – 2014 Lexus RX450h benefitted from a redesign, which catapulted its fuel economy ratings to qualify as one of today’s best gas mileage used SUVs. We’re talking Lexus here, so you can count on a smooth ride, quiet operation, and a wealth of both luxurious conveniences and high tech driver’s aids. As with so many things in life though, the best does come with an elevated price tag. New, the hybrid Lexus commanded some $4,000 more than its standard counterpart. Power came from a 3.5-liter V6 teamed with a set of electric motors to produce a total system output of 295 horsepower. Front-drive models returned 30 MPG combined, while all-wheel drive models did 29. A third electric motor was supplied to power the rear wheels for all-wheel drive RX450h models.

The word polarizing is defined as capable of dividing, or causing people to divide into two sharply contrasting groups, sets of opinions, or beliefs. And folks, the look of the Nissan Juke definitely qualifies as polarizing. Some people think it’s cute, others think it, well, isn’t. Thing is, nobody’s in between. However, anyone who has ever bothered to actually drive the Juke has come away from the experience with positive vibes. After all, whatever your feelings about its appearance, you drive it from the inside right? Powering the 2011 thru 2014 Juke, and qualifying it for this list of the best gas mileage used SUVs was a 1.6-liter turbocharged inline four-cylinder engine good for 188 horsepower and 177 ft-lbs of torque. You’ll see the 29-MPG figure with the front-drive powertrain and the continuously variable transmission.

Proving driving fun and strong fuel economy can co-exist in a crossover sport utility vehicle, the 2013 – 2014 Mazda CX-5’s 29-MPG combined fuel economy rating lands them solidly on our list of the best gas mileage used SUVs. Further, the CX-5 came to the market in 2013 with a broad palette of standard features, competitive cargo capacity, and eye pleasing styling. Mazda is universally recognized for delivering fun to drive automobiles and the CX-5 is easily one of the most responsive and agile vehicles in its category. Power comes from a 2.0-liter four-cylinder engine with 155 horsepower and 150 ft-lbs of torque. For the top fuel economy rating, you’ll go with the front-wheel drive powertrain and the six-speed manual transmission.

Buick’s Encore was a surprising revelation when it was introduced as a 2013 model. The smallest Buick badged model ever offered, the subcompact luxury crossover might well startle you with its diminution the first time you see one in person. Regardless of its size though, you’ll find all the characteristics you expect from a Buick. We’re talking a quiet and comfortable ride, a nice assortment of contemporary comfort, convenience, and safety features, as well as a heaping helping of style. How the Buick Encore manages all of this, and in a package so tidy, is truly remarkable. To have your Encore regarded among the best gas mileage used SUVs, you’ll go with the 138-horsepower turbocharged 1.4-liter inline four-cylinder with 148 ft-lbs of torque, front-wheel drive, and the six-speed automatic transmission.

If Saturn had models like the Vue Hybrid in its lineup sooner, the marque might still be with us today. Saturn started out as a no haggle brand for General Motors, designed to make the car-buying process more civilized, which for the most part it did. However, GM pretty much starved Saturn for new product for years. Further, the models it had during those lean years were considerably less than competitive. Ironically, just when the brand started getting viable product, the parent corporation pulled the plug. Among the model’s attributes were excellent road manners, a very generous list of features, and a beautifully finished interior treatment. The Saturn Vue Hybrid was powered by a 2.4-liter inline four-cylinder engine teamed with an electric motor to generate 172 horsepower and 167 ft-lbs of torque for the front wheels.

OK, technically, the Mercedes-Benz GLK 250 BlueTEC should be omitted from this list of the best gas mileage used SUVs. Why? Because rather than gasoline it runs on diesel. Thus, it’s the best diesel mileage used SUV. Splitting hairs? When you can achieve 28 miles per gallon combined, along with the driving dynamics, styling, and interior treatment of the Mercedes-Benz compact SUV, who’s really arguing? Power comes from a turbocharged 2.1-liter four-cylinder capable of 200 horsepower and 369 ft-lbs of torque. A seven-speed automatic transmission and rear drive are folded in to deliver outstanding roadability and strong fuel economy. We’re talking Mercedes here, so you’ll also get a generous array of standard luxury features.

Nissan treated the Rogue to a redesign for the 2014 model year, and in so doing catapulted the model into the ranks of the used SUVs with the best gas mileage. Highly regarded for its driving dynamics, styling, and quality interior treatments, the 2014 Rogue also offered three-row seating, and a look and feel more premium than its price point would suggest. The 2014 Rogue also boasted more cargo capacity than its predecessors. Power came from a 2.5-liter four with 170 horsepower and 175 ft-lbs of torque. To get the best furl economy you’ll go with front-wheel drive and the continuously variable transmission.

Rounding out our list of the best gas mileage SUVs is another hybrid entry—this one from Toyota. To create Highlander, Toyota wisely pressed its revered Camry platform into service, instantly endowing the Highlander with many of the positive attributes of its perennially best-selling mid-size sedan cousin. As a result, the Toyota Highlander came out of the gate boasting outstanding comfort, decided civility, terrific fuel economy, easy ingress and egress, as well as commendable crash test scores. As an entry on this list of the best gas mileage used SUVs, the Toyota Highlander Hybrid is arguably the most competitive model out there. Three electric motors and a 3.5-liter V6 are combined to produce 280 horsepower, which is fed to all four wheels through a continuously variable transmission.

A Word of Advice…

A Word of Advice…

While fuel economy is an understandably important consideration, another one, particularly in regard to used cars is the condition of the automobile you’re purchasing. For this reason, we always recommend commissioning a pre-purchase inspection by a trusted professional mechanic, one highly fluent in the ways of the make and model you’re considering. 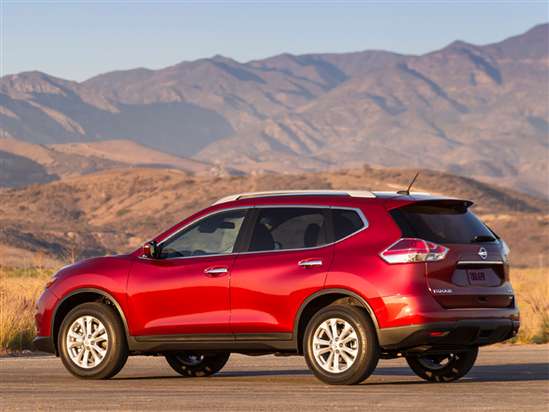 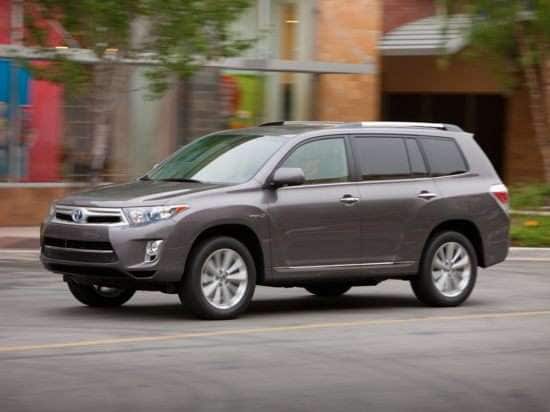