Recently, the house from “The Brady Bunch,” which is located in Toluca Lake, California, just north of Los Angeles, sold for an incredible $3,500,000. Word on the net is that the home was bought by the Discovery Company for its HGTV network, which plans to restore the single-family ranch to its 1970s TV glory.

If you’re too young to remember “The Brady Bunch,” it was about a family of eight and every week hilarity ensued. Like that time they all tried to fit in dad Mike’s convertible? Who remembers that one? Come on Mike, big families require big vehicles. But these days, families of eight don’t have many rides to choose from if they ever want to carry more than just their own kids. Oh, there are plenty of big SUVs out there that can hold seven or eight people, but if you’re looking for all-wheel drive or four-wheel drive and nine seats, we found only five vehicles that fit your needs.

Chevrolet has been building the Suburban for big families since 1933. Now in its 12th generation, the Suburban is the industry’s longest-running nameplate — and at over 224 inches long, it’s also one of the longest vehicles you can buy.

Most SUVs today are based on car chassis, but not the big, burly Suburban. There’s still a full frame and traditional solid rear axle under that long handsome skin. And there’s still a big old-school V8 engine under its hood. Well, it’s not too old-school; the 5.3-liter features direct fuel injection, an aluminum block, active fuel management, and variable valve timing. Output is substantial with 355 horsepower and 383 lb-ft of torque and a six-speed automatic transmission is standard.

Chevy offers the ’Burban in three trim levels, starting from $51,895, but nine-passenger seating is only offered in the base LS model. Standard features include a rearview camera, an 8-inch touchscreen, three-zone climate controls, cloth upholstery, Bluetooth, and onboard Wi-Fi. Rear-wheel drive is standard, but buyers can add four-wheel drive, with a two-speed transfer case, for an additional $3,000. Chevy also offers a 6.2-liter V8 with more power, but only in the top Premier trim model that doesn’t seat more than eight.

Moving people is what the Chevrolet Suburban does best, but there’s also plenty of room for things. Behind the third-row seat is 39.3 cubic feet of space. Fold the second and third rows and there’s a maximum of 121.1 cubic feet, or about the same amount of space found in some hotel ballrooms.

Basically a scaled down Suburban, the 2019 Chevrolet Tahoe delivers similar performance and comfort as the larger Suburban with a little less third-row space and less cargo capacity. The Tahoe’s 116-inch wheelbase is considerably shorter than the Suburban’s, which is 130 inches. The Tahoe is also 20 inches shorter overall than its big brother, which makes it easier to park.

Like the Suburban, the Tahoe has a full frame and a solid rear axle just like a pickup truck, and like the Suburban it’s offered with rear-wheel drive or four-wheel drive. Under the hood is the 5.3-liter V8 we like so much in the Suburban, as well as Chevy’s Silverado pickup, and it retains its many high-tech features which help improve fuel economy. In the Tahoe, the engine is rated 355 hp and 383 lb-ft of torque and a six-speed automatic transmission is standard. Chevy does offer its more powerful 6.2-liter V8 and its newest 10-speed automatic transmission in the Tahoe, but not with nine-passenger seating. Those models seat up to eight.

Three trim levels are available: LS, LT, and Premier, but nine-passenger capability is only offered on the Tahoe LS. Standard features include a rearview camera, an 8-inch touchscreen, three-zone climate controls, cloth upholstery, Bluetooth, onboard Wi-Fi, and 18-inch alloy wheels. Cargo space is just 15.3 cubic feet behind the third row, which easily folds down. With its second and third rows both folded flat, the Tahoe offers 94.7 cubic feet of space, or about as much as some high school gyms. Its base price is $49,690.

Extremely similar to the Chevrolet Suburban, the GMC Yukon XL is considered a little more luxurious even though both SUVs are built on the same frame, use the same engines, and are assembled in the same factory.

GMC sells the Yukon XL in four trim levels, starting at $53,495, including the chromed-out top-of-the-line Denali. However, only the base SLE model is offered with nine-passenger seating. Standard features include 18-inch wheels, a rearview camera, front and rear parking sensors, an 8-inch touchscreen, three-zone climate control, cloth upholstery, Bluetooth, and onboard Wi-Fi. Rear-wheel drive is standard, but buyers can add all-wheel drive, with a two-speed transfer case, for an additional $3,000.

Powering the big GMC, which is 80.5 inches wide and 224.4 inches long, is the same 5.3-liter V8 under the hood of the Suburban. Here it’s also backed by a six-speed automatic and its making 355 hp. Acceleration is strong, but a big heavy vehicle like this with a big powerful engine is going drink some fuel — the EPA rates the Yukon XL at 15 mpg in the city and 22 mpg on the highway. Like Chevy, GMC also offers a 6.2-liter V8 with more power, but only in the top trim level.

When it comes to cargo space, it’s tough to find a more capable SUV than the GMC Yukon XL. Behind the third row seat is 39.3 cubic feet of space. Fold the second and third rows and there’s a maximum of 121.1 cubic feet, which is about the size of the Bradys’ entire backyard.

Just as the GMC Yukon XL is basically a twin to the Chevrolet Suburban, the 2019 GMC Yukon is extremely similar to the Chevy Tahoe. Both share the same 116-inch wheelbase, but the Yukon has slimmer bumpers that make it a fraction of an inch shorter. That makes the Yukon 20 inches shorter overall than a Yukon XL, which might not sound like much, but it makes a big difference when you’re negotiating a crowded mall parking lot.

Cargo space is just 15.3 cubic feet behind the third row, which isn’t huge. With its second and third rows folded flat the Yukon offers 94.7 cubic feet of space, which is the same as the Tahoe. Four trim levels are available: SLE, SLT Standard Edition, SLT, and Denali, but 9-passenger capability is only offered on the Yukon SLE. Standard features include a three-zone climate control system, onboard Wi-Fi, a rearview camera, an 8-inch touchscreen for the infotainment system, front and rear parking sensors, cloth upholstery, Bluetooth, and 18-inch alloy wheels.

Like the Tahoe, the Yukon is built on a full frame and it has a solid rear axle, but all of these GM trucks are comfortable and carlike to drive. Rear-wheel drive is standard along with a six-speed automatic transmission. Four-wheel drive is also available. The Yukon’s 5.3-liter V8 is rated at 355 hp and 383 lb-ft of torque. GMC does offer a more powerful 6.2-liter V8 and its newest 10-speed automatic transmission, but those models only seat up to eight. Prices start at $50,795.

This one may be a stretch for most families, and at over 9 feet tall, the Sprinter van doesn’t fit in most garages or parking structures. But it does seat nine passengers, it is available with four-wheel drive, and it costs less than the four trucks on this list. The Passenger Van 2500 model, which can actually seat 12, is the only full-size van offered with four-wheel drive and has a starting price right around $48,000.

Power comes from a 3.0-liter turbocharged diesel V6 with 188 hp. That doesn’t sound like much, and it isn’t, but the diesel is very torquey and it has plenty of power to get this big van down the road. A five-speed automatic transmission is standard.

Think of the Sprinter as the largest minivan you can buy that seats nine or more. There’s a sliding door on each side for convenience, and there’s so much room inside the Sprinter most people can stand up inside the van and not hit their head on the ceiling. You would also be surprised at how easy this vehicle is to drive and how comfortable it is. 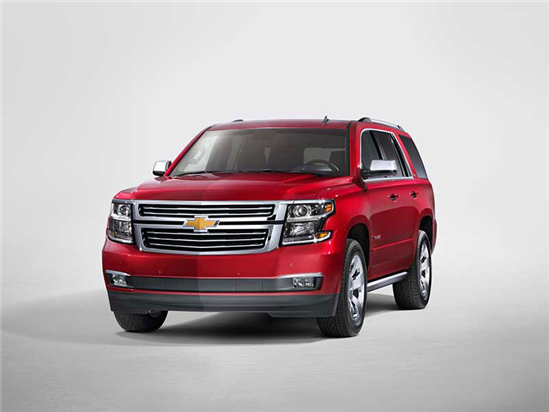 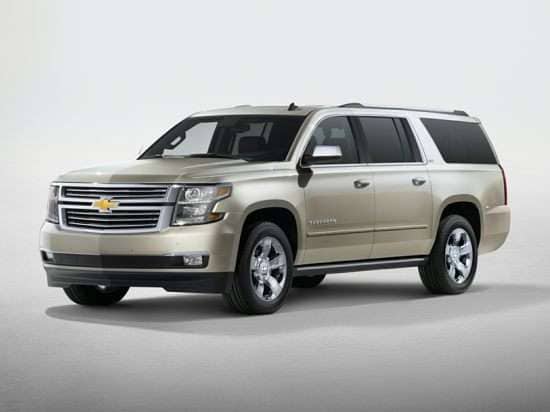 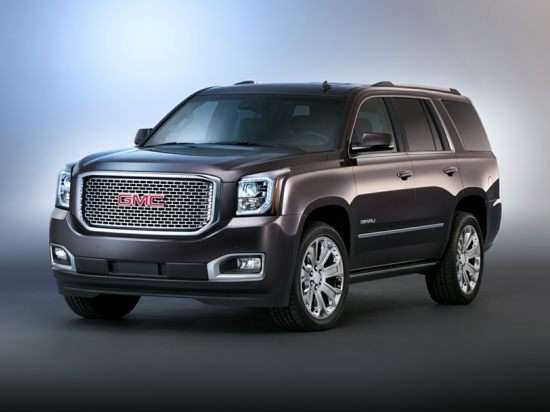 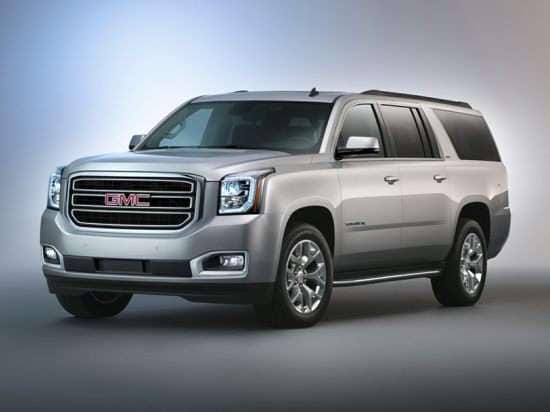 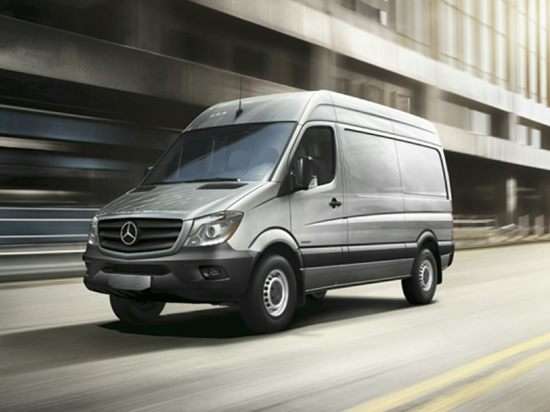