The humble SUV has its origins in that “U” for “Utility.” But utility isn’t enough for every buyer – there are still drivers out there who demand performance from their vehicles, even if they are called SUVs. Manufacturers have set their engineers loose on crossovers and SUVs, and the results are nothing less than astounding. Today’s performance SUV - mostly found in the luxury category - accelerates like a cheetah, handles turns like a jack rabbit, climbs rocks like a mountain goat and coddles passengers like a mother hen. If you love to drive and you need one vehicle that can do it all, a performance SUV might just be for you.

Here, in alphabetical order, are the 10 Best Performance SUVs of 2017.

The 2017 Audi Q7 benefitted from a complete makeover for the new model year, taking the already attractive and capable performance SUV from flabby to fit. The newly streamlined Q7 impresses with locomotive-like momentum, and tracks through the corners like it is on rails thanks to quattro all-wheel drive. A 3.0-liter turbocharged V6 engine pumps out 333 hp and 325 lb-ft of torque, which allows the Q7 to scoot from 0-60 mph in 5.7 seconds up to a top speed of 130 mph. In the company of a group of performance SUVs, the Q7 is a relative bargain with a starting price of $54,800, but don’t let that price mislead you: this is an exciting, dynamic performance SUV with surprising off-road chops and great on-road manners.

There’s a saying in performance circles: “There’s no replacement for displacement.” The 2017 Bentley Bentayga W12 First Edition (starting at $297,400), the brand’s first SUV, packs a wallop: a 6.0-liter twin-turbo W12 engine that churns out 600 hp and 684 lb-ft of torque. It gallops from 0-60 mph in four seconds flat, and peaks out at 187 mph. Beyond speed, the Bentayga also has Drive Dynamics Mode, which toggles between four drive modes (Comfort, Sport, Custom and Bentley) tuned to driving conditions, and to match the driver’s mood. Electronic Active Roll Control assures that no matter what the road surface, Bentayga will ride like a Bentley. A 1,950-watt stereo system provides the soundtrack when the wail of the W12 proves inadequate for your full immersion.

Among BMW fans, adding “M” to a model’s name indicates that magic is in store for its driver. The 2017 BMW X5 M takes an already potent “Sports Activity Vehicle” (BMW-speak for its SUVs) to an even higher level of performance. Its 4.4-liter V8 engine packs twin turbochargers to deliver 567 hp and 553 lb-ft of torque, which will propel the SUV from 0-60 mph in 4.0 seconds and a top speed (electronically limited) of 156 mph. Standard M-tuned xDrive all-wheel drive, M Drive with M Dynamic Mode, M chassis and suspension system and M-tuned electric power steering with M Servotronic and M Sport 8-speed automatic transmission adds up to mmm-mmm good performance that can raise goosebumps on enthusiasts’ arms on-road or off-road, with a starting price of $99,795.

The least expensive performance SUV in our roundup, the 2017 Infiniti QX70 starts at $45,850 with rear-wheel drive and $47,650 with all-wheel drive. Formerly known as the Infiniti FX, the QX70 is a crossover SUV that rides on a sedan-derived platform that delivers great handling thanks to a low center of gravity and superb 4-wheel independent suspension (double-wishbone front/multi-link rear). QX70 gets power from a lusty 3.7-liter 24-valve V6 engine that is naturally aspirated (non-turbo), but still manages to produce 325 hp and 267 lb-ft of torque, good for an estimated run of 6.0 seconds from 0-60 mph and a top speed of approximately 140 mph. The QX70 shines in the curves, hugging the road like a sports car, but with the capability of a performance SUV.

Does that thing have a HEMI? You bet it does. The 2017 Jeep Grand Cherokee SRT is what you get when you take a supremely capable SUV and put it in the hands of your performance division. Not only do you get a vehicle that can go anywhere, but it can get there fast. The 6.4-liter HEMI V8 engine under Grand Cherokee SRT’s hood is tuned to produce 475 hp and 470 lb-ft of torque, tied to an 8-speed automatic transmission and 4-wheel drive. Starting at $66,895, the top-of-the-line Jeep can get from 0-60 mph in 4.4 seconds and continues to a top speed of 160 mph. Don’t try to drive that fast off-road. Use your SRT to get to the OHV areas ahead of the crowds.

It’s right there in the tagline: “The fastest, most agile Land Rover vehicle.” And that’s saying something, as Land Rover has been equipping its high-end SUVs with performance engines for years now. Land Rover’s Special Vehicle Operations unit has been hard at work assuring that the 2017 Land Rover Range Rover Sport SVR comes with a 550-hp supercharged 3.0-liter V8 engine that pumps out 502 lb-ft of torque. That’s enough to propel the SVR from 0-60 mph in 4.5 seconds, up to a top speed (electronically limited) of 162 mph. All-wheel drive is standard, and so is all of Land Rover’s famous off-road prowess. With a base price of $111,350, this is one performance SUV loaded with luxury, technology and capability.

When Maserati decided to enter the performance SUV arena, we knew it would be exciting. After a long wait, the 2017 Maserati Levante S has finally arrived, and it’s a beauty. Not only is the Levante powered by a Ferrari-designed 3.0-liter turbocharged V6 engine, it features gorgeous Italian exterior and interior styling and unmistakable Maserati panache. 424 hp and 428 lb-ft of torque take care of the performance equation: 0-60 in 5.0 seconds and a top speed of 164 mph. The Levante S starts at $83,800, a very modest price for a unique performance SUV. Park a Maserati in your driveway, and be prepared for your neighbors to ask you for a ride. Once they hear that engine note, they’ll know why you bought a Levante.

Every AMG engine is assembled from start to finish by a single technician, who then signs his or her work. Buy a 2017 Mercedes-Benz AMG GLE63 S Coupe performance SUV, and you’ll want to track down that technician and give them a hug. The AMG 5.5-liter twin-turbo V8 engine cranks out 577 hp and 561 lb-ft of torque, good for 4.1 seconds from 0-60 mph and a top speed of 135 mph (electronically limited). Don’t be fooled by the “Coupe” in the GLE’s name – this is a 4-door performance SUV with “Coupe Styling,” inspired by the CLS Coupe (which is actually a sedan). An AMG creation in every respect, the GLE is fast, nimble and capable, both on-road and off-road.

When Porsche produced its first SUV in 2002, purists scoffed that the company had lost its way. At the time, there was no such thing as a performance SUV, but that has changed. Starting at $159,600, the 2017 Porsche Cayenne Turbo S delivers true Porsche performance, with a 0-60 mph time of 3.8 seconds and a top speed of 176 mph. It does that thanks to a 4.8-liter turbocharged V8 engine that produces 570 hp and 590 lb-ft of torque. All-wheel drive is standard, as is air suspension with Porsche Active Suspension Management (PASM). The Cayenne Turbo S is at home on the race track and the fire road, and has changed the way that performance driving enthusiasts think about SUVs.

Who would have guessed that the quickest performance SUV in our roundup would be an all-electric vehicle from America’s newest car brand? Well, put your 2017 Tesla Model X P100D (starting at $138,800) into “Ludicrous” mode, and hold on tight, because you’ll arrive at 60 mph from a standstill in just 2.9 seconds, all the way to a top speed of 155 mph without burning a single ounce of gasoline. The 100-kWh battery is good for an EPA-estimated 289 miles of range, though Ludicrous mode will cut into that substantially. All-wheel drive and an active spoiler help with the handling, and “Falcon Wing” doors will draw gasps at the supermarket. Performance and style meet in the Model X, with spectacular results. 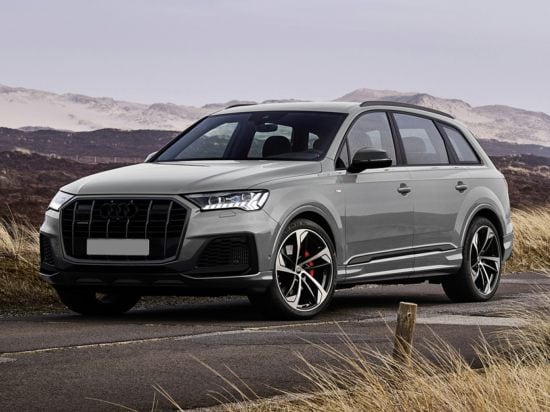 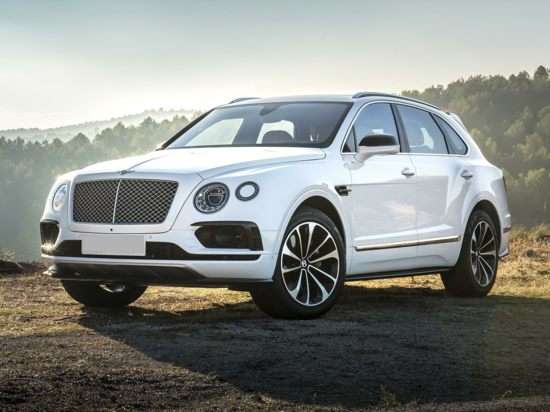 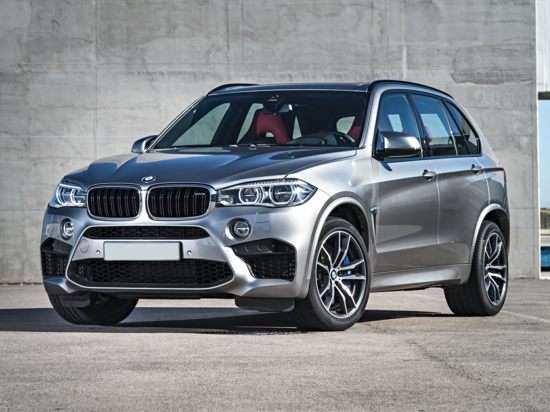 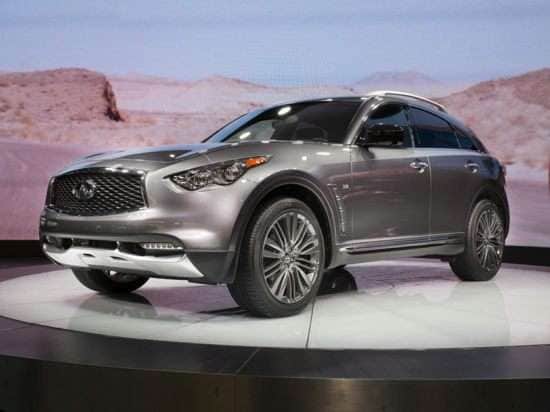 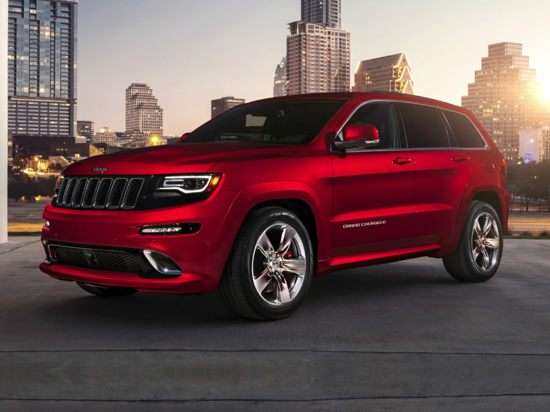 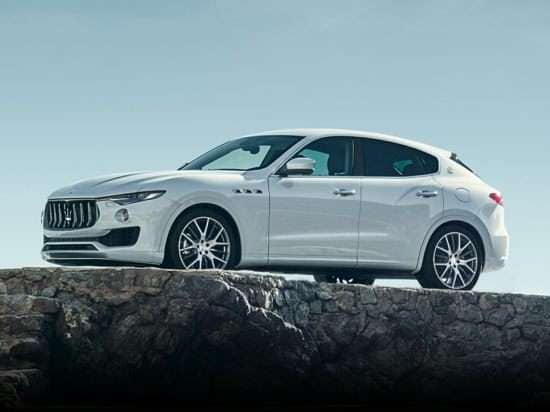 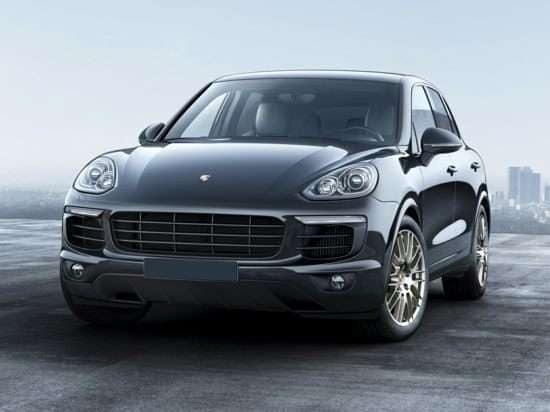 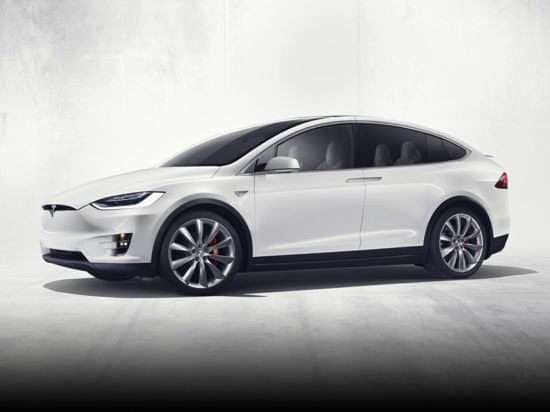