The Scion xD is an inexpensive subcompact option for drivers looking to take advantage of the style and accessory support that are part and parcel of the automaker's reputation. Not only do Scion xD owners enjoy competent handling and good utility from the hatchback's 35.7 cubic feet of total cargo space (with the rear row folded forward), but they also benefit from one of the most extensive customization programs in the industry. This allows xD drivers to add more than a few personal touches to the entry-level automobile, setting it apart from many of its competitors.

The Scion xD's sole available power plant is a 1.8-liter, four-cylinder engine that puts out 128 ponies and 125 lb-ft of torque. A five-speed manual is included with the car's $15,345, while a four-speed automatic can be installed as an option. Fuel mileage for the small motor checks in at 27-mpg city and 33-mpg highway.

As with all Scion models, the xD is available exclusively in base trim, which serves as a palette for adding accessories from the factory. All Scion xD hatchbacks come with air conditioning, power windows and door locks, Bluetooth connectivity, an MP3-capable stereo system and cruise control. The sky is honestly the limit when it comes to outfitting the xD with additional features, which range from performance-oriented items such as suspension upgrades, to exterior appearance items like a rear spoiler, to a number of high tech features such as a navigation system, a louder stereo system and keyless entry.

The Scion xD is also available in the Release Series 4.0 edition (MSRP $16,250), which is a limited-production model that comes with unique paint (Blizzard Pearl white) and interior trim as well as 16-inch alloy wheels. 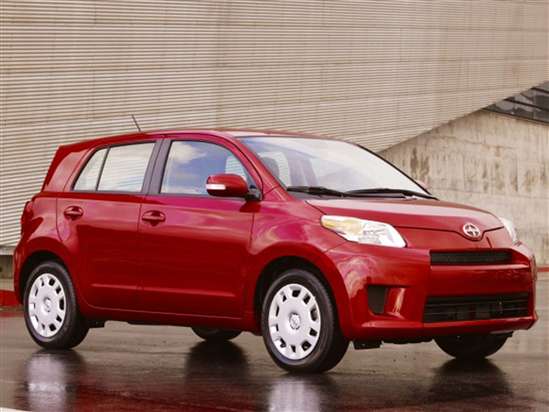