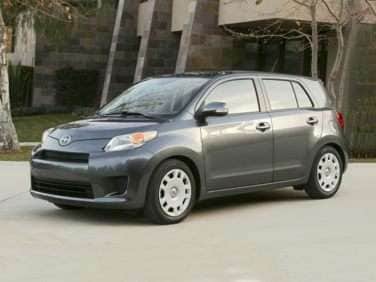 All About Scion xD

The Scion xD is a four-door, five-passenger wagon. The Scion xD is only available in one trim - five-door hatchback. These cars were first introduced to the public at the Chicago Auto Show in February 2008. The Scion then made it into the showrooms later that summer.

This 2008 model was an all new model and replaced the xA, which sat at the low end of the Scion lineup. This vehicle has a distinctive look, a smart get-up-and-go performance and comes standard with a nice set of features. This distinctive car is Toyota’s attempt at attracting the younger and young-at-heart consumers. The xD has been designed specifically for the American market. There are no major changes for the 2009 model.

The interior of the Scion xD is small on cargo space but large on personality. The gauges are easily seen and can be read without too much problem. The driver’s seat is a little short on legroom and the steering column doesn’t adjust as well as many other vehicles in its class. Headroom is good and the rear passenger space is quite adequate. For cargo space the xD offers 35.7 cubic feet with the seats folded down, which is ample for most people. With the seats up, there is 11 cubic feet of cargo area. An optional navigation system makes the audio controls simple to use due to the touchscreen. The speakers that come standard are only okay but they are easy to remove if you want to look at upgrading with aftermarket ones.

There are many options or dealer-installed extras such as multiple alloy wheels, LED taillights, silver-leather-wrapped steering wheel, a security system and interior lighting options. There is also a upgrade on the audio system available, TRD performance parts, and a touchscreen navigation system.

For the NHTSA ratings, the 2009 Scion xD received four stars for the passenger and driver in front impact crash tests. For the side impact front and side impact rear crash tests, the car received a five star rating. The Rollover Rating for this vehicle is four stars.

The 2009 Scion xD is unchanged from the previous model year. The vehicle remains a subcompact, four-door hatchback with a boxy appearance. There is only one trim level for the 2009 xD. The single trim comes standard with 16-inch steel wheels with three different cover choices for the wheels. It also comes standard with door and window power accessories, air conditioning, a tilt steering wheel, cruise control and a Pioneer stereo system with a CD player that plays MP3s and six speakers. The stereo system has a standard MP3 jack as well as an iPod port that allows the user to playback the iPod over the head unit controls.

The vehicle is well equipped with standard features, and consequently, the factory offers no factory-installed options. There are a few dealer-installed options, including a rear spoiler, a choice of different shift knobs, multiple alloy wheels, LED taillights, a security alarm, a steering wheel wrapped in silver leather, TRD performance parts and an interior lighting system that comes with a choice of four different mood lights. Buyers have a choice of their satellite radio provider and can get an optional touch screen navigation system and an upgraded audio system with an easier interface from the dealer. The upgraded system allows users to upload their videos and pictures to the head display unit.

The 2009 Scion xD comes with a 1.8 liter engine with four cylinders. It has a modest 128 horsepower and produces 125 pounds of torque. The 2009 xD with the standard manual transmission is rated at 27 miles per gallon in the city and 33 on the highway and has a combined rating of 29 for all driving types. Models with the optional automatic transmission have a rating of 26 mpg in the city, 32 on the highway and a combined rating of 28 mpg.