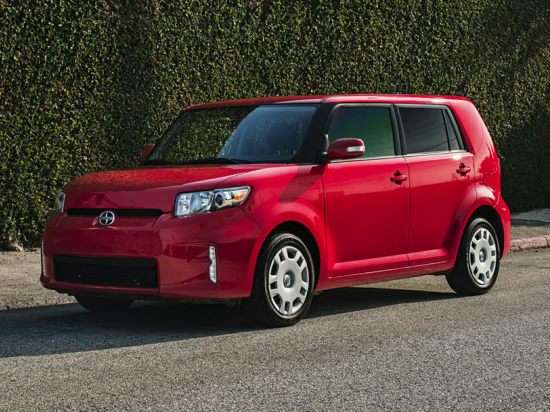 Following a late-2013 addition of a standard 6.1-inch touchscreen audio system as standard equipment, Scion offers a new optional BeSpoke infotainment system for the 2014 xB as the car enters what could be its last one in production.

The 2014 Scion xB is sold in what the company calls “mono-spec” trim, meaning that it comes one way with a choice between a manual or an automatic transmission and a selection of standard wheelcover designs. Upgrades are installed by the Scion dealer, and can push the price from its starting point of less than $18,000 to nearly $30,000 if you request every possible accessory. The extras include a long list of appearance, functional, and performance enhancements, as well as a new BeSpoke infotainment system with navigation and Aha access to 30,000 audio channels and social media platforms.

The only engine for the Scion xB is a 2.4-liter 4-cylinder engine generating 158 horsepower. A 5-speed manual gearbox is standard, with a 4-speed automatic transmission available as an option. Every xB includes free scheduled maintenance for the first two years or 25,000 miles of ownership.

Regardless of the transmission selected, the 2014 Scion xB is expected to get 24 mpg in combined driving. That’s not very impressive, and is only partially the result of the car’s aged 5-speed manual and 4-speed automatic transmissions. This Scion is also a sizable vehicle, with lots of passenger space and as much cargo room as a crossover SUV. So while you might automatically assume that the inexpensive xB is a small car, its not.

The National Highway Traffic Safety Administration (NHTSA) has not performed crash tests on the xB since it last revised its standards for the 2011 model year. The Insurance Institute for Highway Safety (IIHS) has, however, and gives the xB the highest rating of “Good” in all assessments except for the small overlap frontal-impact test, to which it has not been subjected.

The Scion xB is a simple, low-tech car, with one exception: infotainment. The standard 6.1-inch touchscreen radio is a big improvement over the previous audio setup, and includes Bluetooth connectivity and music streaming, HD Radio, a USB port, and premium speakers. The new BeSpoke infotainment system option is equipped with a navigation system and Aha services, which provides access to social media platforms and 30,000 music channels from around the world.