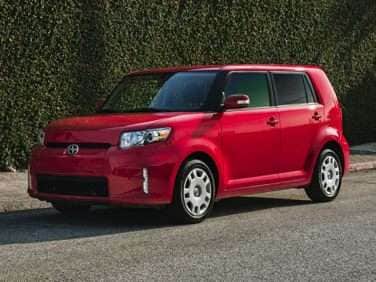 All About Scion xB

The Scion xB is a two-door, five passenger wagon and one of three vehicles in the Scion line-up. The others being the Scion tC coupe and the Scion xD wagon. Boxes are cool. Bigger and more powerful boxes are even cooler. At least that’s what Scion buyers are saying. When the Scion xB and the xA hit the streets in 2003, they were an immediate hit in the market that parent company Toyota was seeking – younger car buyers. In its first full year of sales – 2004 – nearly 50,000 xB models flew off the dealership lots across the country. The tall, boxy utility hatchback was the alpha dog among the two-puppy Scion pack.

But when the Scion tC was added to the brood, the newcomer skyrocketed to the top and has stayed there, becoming the best-selling Scion.

After taking 2007 off however, the xB has made a triumphant return for Scion, leading the sales race through the first six months of the year. Credit its transformation from a tall, fuel efficient rolling metal toolbox to a wider, heavier and more powerful rolling toolbox.

The 2008 Scion xB now is powered by a 2.4-liter DOHC four-cylinder engine, the same powerplant found in the Scion tC and Toyota Camry. In the xB, it generates 158 horsepower and 162 foot-pounds of torque. That’s 55 more horsepower than the first generation xB. And all that extra power definitely is needed, especially with bigger wheels (17-inchers), larger brakes, longer wheelbase and all the extra sheetmetal and glass needed to make the xB’s body wider and longer.

But as the xB’s weight went up, its fuel economy went down. You could count on the previous generation xB to get you anywhere from 31 to 35 mpg. That has now dipped to anywhere from 22 to 28 mpg, depending on how it’s equipped.

When the second-generation xB was unveiled for 2008, Scion Vice President Mark Templin said Scion “owners told us they wanted a bigger box.” It must be true because Scion is selling as well today as it was during its heyday in the middle of 2006.

The 2009 model features just one color change. Like all Scions, the xB is “mono spec,” which means buyers choose which color they want and whether they want a four-speed automatic transmission or a five-speed manual. And like all Scions, the xB comes with a long list of standard features, including power windows, door locks and mirrors; remote entry; anti-lock brakes with electronic brakeforce distribution and brake assist; front/side airbags; side air curtains; and vehicle stability control with traction control. Of course, there’s also a iPod-compatible 160-watt stereo system with a CD player.

Inside, the xB’s cargo area is pretty cavernous, although fellow boxy vehicles Chevrolet HHR and Honda Element provide even more interior cargo space. The xB, however, is less expensive than either of these competitors. Prices went up $100 for each xB model for 2009, so now the xB with a manual transmission comes in at $15,750, and the automatic transmission xB is priced at $16,700.

The Scion xB still offers buyers an affordable boxy utility vehicle, with a peppy four-cylinder engine and plenty of cargo space. The only difference now is that it’s a little more peppier, a little more cavernous inside and a little less boxy outside.

The 2009 Scion xB is largely unchanged from the 2008 model year. The only update to the xB is a new exterior color and a discontinued color. Nautical Blue has been discontinued for 2009 models and has been replaced by Stingray Metallic.

The xB comes standard with a 2.4 liter engine with four cylinders. The engine has Variable Valve Timing with an intelligence system, known as VVT-i. This gives the engine a powerful 158 horsepower for its size. There is a choice between a five-speed manual transmission and a four-speed automatic transmission option. Every model has front-wheel drive.

The Scion xB has only one trim level available. It is a boxy, compact wagon that comes standard with 16-inch steel wheels that come with three cover options. Also standard are cruise control, tilt steering wheel, air conditioning, a Pioneer stereo system with six speakers and a CD player and full power accessories for the doors and windows. There is also a standard iPod jack that allows the head unit controls to playback iPod music. Four-wheel brakes with antilock discs, stability control and side airbags all come standard. While there are no factory options available, there are a number of options that can be dealer installed on the 2009 xB. There is a rear spoiler option, interior trim made from faux carbon fiber, 16-inch and 17-inch alloy wheels and mood lighting for the interior that comes in four different colors. Another dealer-installed option is an upgraded audio system that allows users to download video and pictures onto the display on the head unit. A navigation system with a touch screen is another dealer upgrade, as are satellite radio, TRD parts, and a DVD system for the read that comes with LCD screens that are attached to the rear of the front headrests.