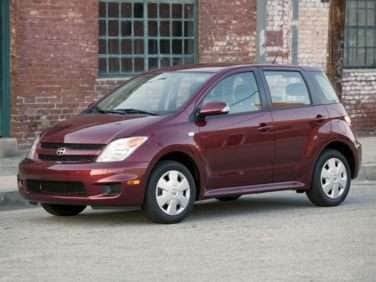 All About Scion xA

Toyota created the Scion line to attract a younger crowd of buyers. With inexpensive price tags and unique styling, the Scion xA quickly became popular. It was marketed to show off its unique style. Having more than 30 accessories available at the dealerships allowed new owners to really customize their Scion, which appealed even more to the young market. Even with its style and uniqueness, the Scion became known as being reliable and a good buy.

Available in the US between 2004 and 2006 and was replaced by the Scion xD for 2008. Scion created limited-edition xAs that included special accessories and bright paint colors. Because of the limited quantity, dealers only got a few of these cars and pre-ordering was based on first-come-first-served. Even with the limited quantities and high demand, dealers did not enjoy a mark-up on price because of Scion’s “Pure Price” MSRP. This forced dealers to honor the price without mark up due to consumer demand.

The Scion xA was a subcompact hatchback with four doors. Although a hatchback, there wasn’t much cargo room in the Scion with only 11.7 cubic feet. The rear seats fold down to achieve 32.8 cubic feet.

The Scion had a 1.5 liter inline four-cylinder engine. This engine pushed 103 horsepower and came standard with a five-speed transmission with an option of the available four-speed automatic.

Performance wasn’t a big selling point with the Scion xAs, but it was decent and got good gas mileage. The EPA estimated city mileage was about 31-32 mpg and the highways estimate was about 37-38 mpg. This was with either the manual or automatic transmission. For most Scion buyers, these numbers made up for the lack in power. If a new owner wanted more power, the maker of the Scion, Toyota, had its in-house performance department make some parts including shocks, lowering springs, intake and exhaust, performance clutch and other parts.