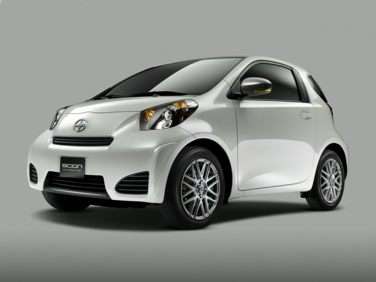 All About Scion iQ

Bearing the distinction of being the world’s smallest four-seat automobile, the Scion iQ takes packaging efficiency into a whole new realm of effectiveness. But looking at the Scion iQ, safety undoubtedly ran through your mind first thing—so let’s cover that aspect of the car before we go any farther.

The Scion’s airbag count stands at 11, including one for the rear window. ABS, electronic brake force distribution, brake assist, traction control, vehicle stability control, smart stop brake override, and tire pressure monitoring are all standard equipment. Further, NHTSA gave the Scion iQ four out of five stars for overall crash protection and three out of five for side impacts. The IIHS rates the Scion iQ “good” (which is its top rating) for offset frontal crashes and roof strength.

The Scion iQ’s closest competitor is the slightly smaller Smart ForTwo. While the two cars are similar in size, the Scion bests the Smart in passenger capacity, cargo capacity, ride and handling, and fuel economy. Despite the deceptively small outward appearance of the Scion iQ, the car will hold four reasonably sized adults—in a pinch—and can transport three adults quite comfortably over moderate distances.

Powering the diminutive Scion model is a 1.3-liter four-cylinder engine producing 94 horsepower and 89 ft-lbs of torque. A continuously variable automatic transmission routes the output of the engine to the front wheels. Scion also plans to market an electric version of the iQ, to be called the Scion iQ EV.

Speaking of that engine, its packaging is quite clever in that it was installed so the differential resides in front of the engine rather than behind it. This enabled the engineers to move the firewall farther forward, increasing the capacity of the passenger compartment. Additionally, the fuel tank is long and narrow rather than big and boxy, so it occupies less space as well. Further, the air conditioning unit uses a compact design, and the steering rack is mounted higher than usual, all in a quest to free up more space for people and cargo.