This summer has brought a bonanza of new products to Scion showrooms, including the all-new 2016 Scion iA. There hasn't ever been a subcompact sedan available from the Japanese automaker before, because until now Scion has chosen to fill that void exclusively with hatchback designs. The move to a more traditional model in the entry-level space reveals the momentum that small cars have been gathering in America, along with the need for Scion to engage a new generation of potential buys and not ignore any prospective niches.

1. The 2016 Scion iA Fills An Important Hole For The Brand

1. The 2016 Scion iA Fills An Important Hole For The Brand

As mentioned in the introduction, the 2016 Scion iA plays an important role for the company in that it represents the first subcompact sedan - or in fact, sedan of any kind - to be offered with a Scion badge. The move away from funky, fashion-first vehicles might make it seem like Scion is giving up on the initial role assigned to it by parent company Toyota, but it's unreasonable to expect a brand not to evolve over the course of its existence. The availability of a practical, urban-friendly four-door option in Scion showrooms trumps the need to pay homage to the automaker's original market approach.

The 2016 Scion iA has a secret - well, at least until you open the door to its passenger compartment, that is. You see, the Scion iA is actually the all-new Mazda Mazda2 sedan wrapped in a revised package, with notable styling changes including the sedan's nose and the wheels that are offered with the car. The cabin, however, is almost pure Mazda, and anyone familiar with the automaker's smaller models like the Mazda3 and the also-fresh Mazda CX-3 crossover won't have any trouble picking out the familiar cues. For its part, Mazda has yet to confirm as to whether it will be offering the Mazda2 sedan in North America, so for now the iA doesn't have to deal with any in-house competition.

More Mazda goodness is waiting under the hood of the 2016 Scion iA, which features a 1.5-liter four-cylinder engine lifted directly from the global-market Mazda2. This means that in addition to the 106 horsepower and 103 lb-ft of torque offered by the motor, it also comes with Skyactiv-G bonuses such as direct fuel injection to help maximize efficiency. A six-speed manual transmission is standard with the car, while a six-speed automatic gearbox is available for those who would prefer to let the Scion iA's electronic brain handle the shifting duties for them.

The 2016 Scion iA's Skyactiv-G engine does more than just pay lip service to the concept of saving you money at the fuel pump. When equipped with its six-speed automatic transmission the Scion iA's official fuel mileage checks in at 33-mpg in stop and go driving and 42-mpg on the highway. If you stick with the standard six-speed manual unit you'll see 31-mpg around town and 41-mpg during highway cruising. Both sets of figures are achieved without the use of any additional (and sometimes costly) fuel-savings features such as automatic engine start/stop technology.

Despite the fact that the 2016 Scion iA is in many respects a Mazda with a different name, it doesn't make the same concessions towards handling performance that most of its pseudo-brand mates can be counted on to provide. This means that when pushed at the limit the Scion iA isn't exactly rewarding, as the car prefers instead to prize comfort and quiet over athleticism. This isn't a knock against the iA's ride - which feels calm and collected - but it does provide a bit of separation between the Scion and other products offered by its Mazda cousins.

One aspect of the 2016 Scion iA that is distinctly homegrown is the fact that you can only order it in a single trim level. The Scion iA offers one equipment level for customers to enjoy, and although it's very much an economy-oriented automobile, there's still a respectable amount of gear that comes standard with the car: air conditioning, a seven-inch touchscreen infotainment system, keyless entry, power windows and door locks, a CD player (that can handle MP3 audio files), a trip computer, and a rearview camera are all along for the ride.

7. The 2016 Scion iA Loses Out On Cool Accessories

7. The 2016 Scion iA Loses Out On Cool Accessories

Most Scion models benefit from a long list of accessories and add-ons that can be installed by dealers in lieu of traditional options and packages from the factory. No so with the 2016 Scion iA. Partly due to the fact that the entire platform was engineered outside of Scion's control, the iA doesn't offer any performance-enhancing parts, styling add-ons, or really much of anything aside from floor mats and a navigation system available in terms of additional equipment. This will be a disappointment for traditional Scion buyers looking to customize their ride, but for new customers seeking inexpensive daily transportation it probably won't be an issue.

Despite its small size - which checks in at shorter and narrower than some of its primary subcompact sedan competitors - the 2016 Scion iA provides riders front and rear with a surprisingly pleasant amount of interior space. The key to its expanded passenger compartment is its extended wheelbase as ranked against options from Ford and Chevrolet, which gives those inside the Scion iA room exactly where they need it. With a 13.5 cubic foot trunk, the iA's cargo capacity might seem average at first, but its wide and deep design make it quite practical to use even before folding the rear seat forward for extra storage.

Another intriguing standard feature offered by the 2016 Scion iA is its forward collision warning and mitigation system. When traveling at speeds of under 18-mph, the Scion iA constantly scans the road ahead for potential obstacles, pedestrians, or other automobiles, and if it detects that a collision is imminent it can automatically bring itself to a stop in order to prevent an accident. This type of advanced safety system is rare amongst subcompact sedans and hatchbacks, and for Scion to include it as standard equipment is an unexpected bonus for buyers.

The 2016 Scion iA adopts the same inflexible stance towards pricing that is does with trim levels - there's a single window sticker, no bargaining allowed, and it's marked $16,495 (or $17,595 if you want an automatic transmission). Although standard equipment is good with the Scion iA, its premium pricing puts it above entry-level options like the Ford Fusion, the Hyundai Accent, and the Chevrolet Sonic, meaning you have to really want exactly what the iA has to offer in order to feel comfortable with the amount Scion dealers are asking. 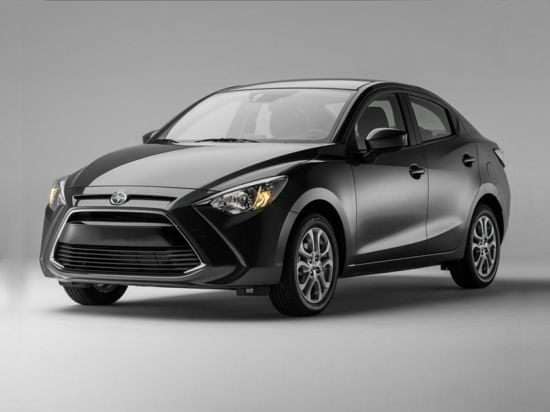