Toyota’s annual pro/celebrity exhibition race, held in conjunction with the Toyota Grand Prix of Long Beach, sometimes stretches the concept of “celebrity” fairly far to fill out the ol’ starting grid—but this time around, there will be at least one true superstar on the circuit. Of course, it’s not an actual driver; it’s the 2013 Scion FR-S.

The affordable rear-wheel-drive sports car has become one of the hottest rides in America thanks to its dramatic exterior styling, razor-sharp reflexes and athletic powertrain. In fact, in just the few months since it went on sale, the 2013 Scion FR-S already has been named:

Scheduled as a support event for the third round of the 2013 IZOD IndyCar Series, the pro/celeb race will be held on the famed street course of Long Beach, Calif., on April 20, 2013. The Long Beach weekend (April 19-21) also will feature Indy Lights, Motegi Super Drift and Stadium SUPER Trucks competitions, as well as races from the American Le Mans Series and Pirelli World Championship Series.

For more info, visit www.gplb.com—as in Grand Prix of Long Beach—or click on through for a more in-depth look at the 2013 Scion FR-S racer and this year’s roster of pro/celeb driviers.

No doubt chosen through the same kind of rigorous selection process that goes into setting up March Madness brackets, the drivers in the 2013 Toyota Pro/Celebrity race will include:

And those are just the “stars.” The pros will include motocross champ Andy Bell, the NHRA’s Melanie Toxel, record-setting Olympic swimmer Tyler Clary, and comedian Adam Corolla, who returns to defend the crown he won in last year’s event.

“This talented and inspiring celebrity group will not only help Toyota share the story of this long-running charity event, but they also will feel the rush behind the wheel on the famous Toyota Grand Prix of Long Beach track,” said Les Unger, Toyota national motorsports manager. “The Toyota Pro/Celebrity Race thrills both the participants and the crowds while giving back to kids in our communities through donations to Children's Hospital of Orange County and Miller Children’s Hospital Long Beach.”

Replacing the Scion tC as the racer of choice for the Toyota pro/celeb event will be a modified version of the 2013 Scion FR-S that has been developed for track-ready performance. Although horsepower will see only a modest rise to 210 hp, the competition-spec FR-S gets a full complement of other upgrades from Toyota Racing Development, including coil-over shocks and springs for its sophisticated suspension, enhanced stopping power from a big-brake kit with Hawk Performance pads, a hi-po air intake, a Centerforce single-disc racing clutch for its six-speed manual transmission, and 18-inch TRD wheels that have been wrapped in Bridgestone Potenza RE11 tires.

Now, that might not seem like all that much of a change from a production 2013 Scion FR-S, but that’s exactly the point. Right out of the box, the scintillating Scion delivers “Pure Balance” driving dynamics that are unheard of in a car at this price point. (Which happens to be $25,255.)

“The transformation of the FR-S into a race vehicle is a dream come true for many die-hard FR-S fans," said Doug Murtha, Scion vice president. “Scion vehicles have been driven in the pro/celebrity race vehicle since 2005, and we can’t wait to see the rear-wheel drive FR-S race around the historic street course.”

Note: Say what you want about the quality of the competition, the Toyota pro/celeb race is certainly a charity champion, having raised more than $2 million for the automaker’s “Racing for Kids” organization since 1991 alone. 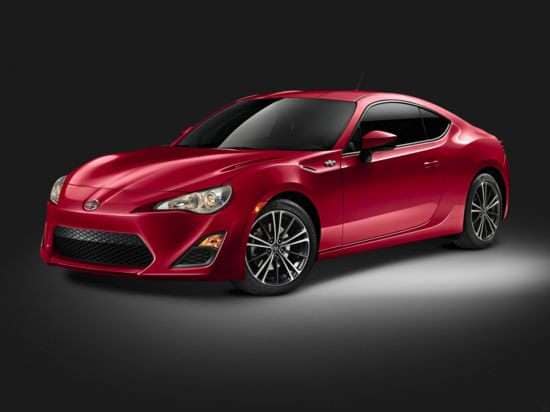