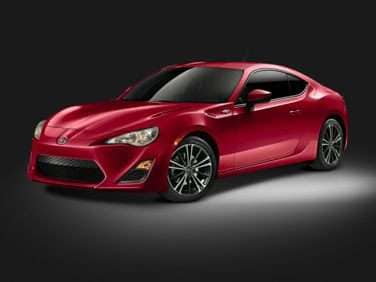 All About Scion FR-S

The Scion FR-S is a sport compact coupe that was designed and produced as a joint venture between Subaru and Toyota Motor Corporation. It is marketed and sold exclusively in the United States and Canada, under Toyota’s sporty Scion brand. The Scion FR-S was introduced in early 2012, and its name means “Front engine, rear wheel drive, sport.” (Subaru also offers a version, called the BRZ, which competes with the Scion in North America, and Toyota sells the car as the Toyota 86 and the Toyota FT86 elsewhere in the world.) The FR-S actually started life as a Toyota concept car that was first shown in 2007; when Toyota acquired a percentage of Subaru in 2008, the project took on a new direction. Subaru was initially hesitant because Toyota was counting on the finished car being a rear wheel drive offering, whereas Subaru is well known for its all-wheel-drive vehicles and was afraid the Toyota project would dilute this perception. However, early critical reception of prototype cars convinced Subaru to come aboard, and after a few revisions and several years, the finished car was finally offered for sale.

The FR-S is a somewhat more sophisticated vehicle than North American Scion enthusiasts might have expected; its athletic shape is a deviation from the brand’s boxy profile. However, Scion designers managed to differentiate the car from the Subaru’s BRZ version while also enabling the FR-S to show some of Scion’s existing design language and youthful appeal. The FR-S, overall, may foreshadow a more mature direction for Scion’s model lineup. Though seasoned Scion buyers might be accustomed to personalizing their cars, the Scion FR-S does not come in multiple trim levels with different combinations of offerings and specs (there are some options and decisions to make, just not in prearranged easy-to-order packages). Potential buyers who wanted the FR-S a little different should try to snatch up one of the limited edition Sc10n Series that was released to commemorate the Scion brand’s tenth anniversary. The limited edition featured silver paint, HID headlamps, push button start, and illuminated exterior badging and shift knob. Of course, the standard FR-S also offers plenty of benefits. It comes with a six-speed manual transmission, but there is an available manual. The gearbox is mated to a 2-liter, 4-cylinder engine that puts 200 horsepower down to the rear wheels. Brakes are 11.6-inch discs at the front and 11.4 on the back, covered by 17-inch alloy wheels. The FR-S achieves combined city/highway fuel efficiency of 25 mpg.