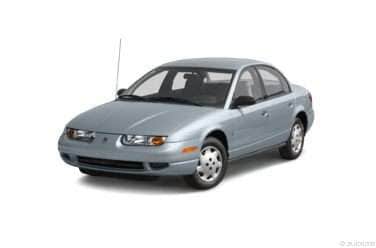 All About Saturn S-Series

The Saturn SC is a hatchback coupe that originally debuted for the 1991 model year. After two generations of body design, the vehicle was discontinued following the 2002 model year. The SC, along with the Saturn SL sedan and Saturn SW wagon, comprised the family of vehicles known as the Saturn S-Series.

The car's 2-letter title stands for "sports coupe." During its production run, the Saturn SC competed with compact vehicle competitors such as the Honda Civic, Volksawgen Golf and Toyota Echo.

All S-Series vehicles were built on the GM Z platform. The most recent 2nd-generation of the SC was introduced for the 1997 model year. Updates to the design included an extended wheelbase, more rounded exterior features and enlarged doorways. These new additions led to a roomier interior and an overall more modern design.

Overall dimensions for the vehicle include a length of 180.5 inches, width of 68.2 inches and height of 53.0 inches. Maximum occupancy for the vehicle topped out at four passengers. Total cargo volume came in at 11.4 cubic feet.

Both trims could be had with either a 5-speed manual transmission or 4-speed automatic. EPA-estimated fuel efficiency for each available configuration is as follows:

Standard safety features available on the Saturn SC included dual front airbags, daytime running lights and an emergency trunk release. Antilock brakes and side curtain airbags were available as optional upgrades. NHTSA crash tests were not performed on the SC coupe. However, the Saturn SL sedan, which was similarly equipped, garnered a perfect 5-star rating in the categories of driver front impact and passenger front impact. In the categories of rollover resistance, driver side impact and rear passenger side impact, the SL was awarded 4 stars, 3 stars and 2 stars, respectively.

The Saturn SC is considered by many to be a solid used vehicle for individuals looking for a bargain coupe. Known trouble spots that have been documented for the used Saturn SC market include faulty air conditioning, automatic transmission fluid leak, coolant leak, overheating and hard starting.