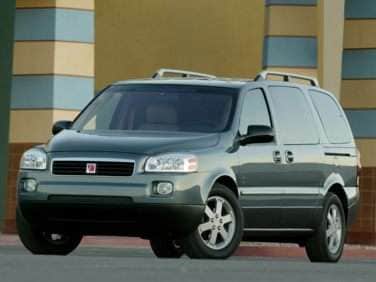 All About Saturn Relay

The Saturn Relay was a short-lived minivan from General Motors. It was first introduced into the market in 2005 and lasted for only two years. GM marketed the vehicle as a crossover sport van – bridging the best of an SUV and the best of a van. The van was eventually discontinued due to poor sales with the last Relay coming off the line in November of 2006 at which time it was replaced by the Saturn Outlook.

Visually the Saturn Relay had the appearance of a minivan only with an extended front, the same body structure, and of course the minivan style of sliding door. To up the ‘SUV’ look, the vehicle had a slightly more aggressive styling and a roof rack.

The vehicle is available in two basic models, called 2 and 3. There was an optional all-wheel-drive model available for the Relay 3 trim. A Relay 1 trim was added in the last year as a cheaper model.

The first year, all Saturn Relays had a 3.5 L V6 under the hood offering 200 horsepower and came matched to a four-speed automatic transmission. All wheel drive was available. In the next year, GM upped the power with an optional 3.9 L V6 producing 240 hp. Then in the last year, the larger engine became the engine and could be found standard in all models. GM discontinued their AWD model at the same time as the system couldn’t handle the torque of the larger engine. A stability system also became standard on all models in the last year.

The Saturn Relay FWD with the 3.5 L engine received an EPA fuel economy rating of 16 mpg for the city and 23 mpg on the highway.

As a family vehicle, it worked well with the folding third-row of seating and optional entertainment system of 40 GB digital media that could store and play MP3 files or movies. The third row of seats had a 50/50 split for more cargo options and the second row were captain chairs that could be removed for even more versatility. The third row of seats folded flat but not flat to the floor as the newer vehicles do. The interior is pleasant to look at with the faux wood accents and color combination. There are several small compartments for storage throughout the vehicle and the folding center trays between the seats are great for long trips. There is even an overhead rail system, which gives the rear passengers extra storage.

For the base Relay, the features included air-conditioning, DVD entertainment system for the rear passengers, full complement of power accessories and keyless entry. Moving up a step to the 3 model, there is added in rear air conditioning, alloy wheels, and power driver seat. All the Saturn Relay models came with OnStar assistance as a standard feature.

Options include the larger engine, dual power-sliding doors, a navigation system, leather seats, a sporty suspension system, a stability control system, and the PhatNoise, which is a portable 40-gig digital media system.

Standard on all models were front side airbags. The second-row side airbags were optional for all models. The three row side curtain airbags, standard on the competition, were completely missing. Other safety features include electronic stability control, four-wheel ABS brakes, traction control, daytime running lights, Child Seat Lower Anchorage, energy management feature, advanced air bag features, rear seat head restraint, and trunk release. In the government crash tests, the Saturn Relay received a five star rating for the driver and front passenger in the frontal crash tests. In the side impact tests, the vehicle received a five star rating for the rear occupant and a four star rating for the front occupant. For rollover resistance, the Relay only received a three star rating.