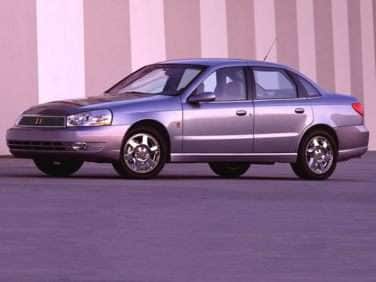 All About Saturn L-Series

The Saturn L-Series first was introduced to the market in 2000 as Saturn's first entry into the mid-size sedan market. The original model was available in base (LS), LS1, and LS2 trims. Wagons were called LW1 and LW2. The base, LS1 and the LW1 came with a 2.2 L four-cylinder engine whereas the LS2 and LW2 had a 3.0 L engine. This initial offering fit right in the middle of the competition.

By 2001, all the L-series models were renamed. They went from last year's LS, LS1, LS2 to L100, L200 and L300 models. The wagons were now called LW200 and LW300. In 2002, the optional airbags became standard equipment as well as other upgrades. In 2003, all the models were spiffed up with a chrome grille, larger wheels, and a different instrument panel. By 2004, the L-Series was renamed L300. There are now antilock brakes as standard equipment. By the time 2005 rolled around, there was no longer a wagon model. There is only the sedan left in the line for this last year in production.

The 2005 Saturn L300 offered a reasonably price alternative to the competition. This vehicle ended up surprising the market with its popularity. It was considered to offer decent performance, a cool exterior, as well as a fun and reliable ride. The interior of the vehicle is roomy with ample legroom for the rear passengers and loads of head space for tall adults. The cushions are soft and comfortable, the cloth seats offering decent support. The instrument panel is clear with easy to read dials. The trunk offers loads of storage space and is easy to access. With all seats in place, the cargo area was 17.5 cubic feet. There have been some criticisms regarding plastic coated door handles.

The vehicle is surprisingly full of features for the reasonable cost and a V6 engine. Some of the features included are were 60/40 folding rear seat, four-wheel disc brakes, stereo system, air conditioning, remote power locks, bucket driver seats with height adjustment and lumbar support, bucket front passenger seat, lockable glove box, roof antenna, anti-theft protection, audio system with AM/FM and CD player. There is also a full complement of power accessories to make the driving a little easier for everyone.

Other features on this vehicle include front seat storage, door pocket storage for driver and front passenger, multi-function steering wheel with tilt adjustment, tachometer, and a ventilation system with recirculation control.

Features included as standard are side and head curtain airbags, four-wheel disc brakes, antilock brakes (optional), traction control, front and rear side airbags, immobilizer, and an antiskid system. Also the vehicle was built with a strut front suspension independent with stabilizer bar and coil springs.