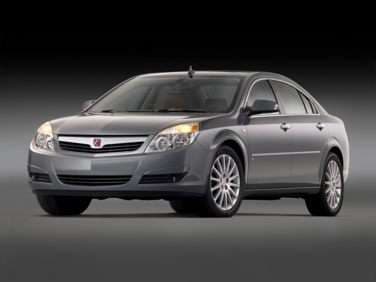 All About Saturn AURA

This is a four door five passenger sedan with front wheel drive. The Saturn Aura is a popular four-door car that is now offered in four different models including Saturn’s Green Line model. The base model XE-4 offers a 2.4 L DOHC four cylinder engine with 169 horsepower and a four speed automatic transmission. The XE-6 moves up to a 3.5 L pushrod V6 with variable valve timing offering 219 horsepower, which is paired to a four-speed automatic. The XR, the top of the line model, has a 3.6 L DOHC V6 with variable valve timing offers 252 horsepower and is paired with a six-speed automatic transmission that has a TAPshift feature that allows the driver to manually select the shift with steering wheel mounted paddles. Perfect for the driver who wants a little more control. The Green Line Aura has a 2.4 L four-cylinder engine with 164 horsepower and has a combined motor/generator hybrid system with a four-speed automatic transmission.

Don’t be confused over the Green Line Hybrid line. This is a ‘mild hybrid’ system, which means it can’t power the vehicle on electric power alone. The electric motor system is a helper system. It allows the gasoline engine to operate more efficiently by boosting power by allowing it to shut off when idling and slowing down, and by saving energy that would otherwise have been lost inside an advanced nickel-metal hybrid battery.

The EPA fuel economy rating for the Saturn Aura four cylinder engine is 22 miles per gallon in the city and 30 mpg on the highway. The Green Line has an even better rating with an estimated 24 mpg in the city and 32 mpg in the highway. Inside the Aura, is a roomy interior, comfortable seats and a peaceful warm tone to make you feel right at home. There are amber glow LEDs to light up the instrument-panel and a sporty suspension system for fun drivability and smooth handling.

Inside, the Saturn Aura is better detailed than is expected for a value-priced mid-size sedan. The gauge cluster uses amber-glow LEDs for instrument-panel lighting and a warm tone. XE and XR models now include a Driver Information Center showing real-time fuel economy.

These vehicle are nicely loaded with features including on the XE-4 and XE-6 a tilt/telescoping steering, a 60/40 split folding back seat, remote keyless entry, air conditioning, six speaker CD/MP3 sound system and cruise control. The Green line adds in the hybrid powertrain upgrades of alloy wheels, automatic climate control and special instrumentation for the hybrid system. Up at the top, the XR adds in front heated seats, steering wheel mounted audio controls, leather trim, a garage door opener, a power driver’s seat, remote vehicle starter, eight-speaker 240 watt sound system with a six disc changer and rear audio controls with wireless headphones. Options that can be added in include leather seating, power sunroof, embossed seat inserts, adjustable pedals, and a woodgrain trim. For all the vehicles, there is a one-year of Onstar Safe & Sound service and a three-month trial of XM satellite radio.

The 2009 Saturn Aura is a carryover from 2008. The 2009 Aura is sold in XE, XR-4, XR-V6 and Hybrid trims. The XE and the XR-4 both use a 2.4 liter, 4-cylinder engine that produces 169 horsepower and 160 lb-ft of torque. A 6-speed manual transmission is the only available gearbox, and fuel economy is rated at 22 miles per gallon in the city and 33 miles per gallon on the highway for both models. The XR-V6 steps up to a 252 horsepower, 3.6 liter V6 that also cranks out 252 lb-ft of torque. The same transmission handles the gear shifting duties, and fuel economy drops to 17 miles per gallon in city driving and 26 miles per gallon on the highway.

The 2009 Aura Hybrid uses a mild gasoline / electric system to help improve fuel economy through the incorporation of a 2.4 liter, 4-cylinder engine. In combination with a 2.4 liter, 4-cylinder engine, the Hybrid trim provides 164 horsepower and 159 lb-ft of torque while returning fuel economy of 26 miles per gallon in stop and go driving and 34 miles per gallon on the highway.