Proof that outsourcing can be a good thing

What’s New: The Astra is all-new for 2008, replacing the Ion as Saturn’s entry-level model. Borrowed from the European market, the Astra is available in 3- and 5-door configurations with a four-cylinder engine, standard side-curtain bags, and a base price less than $17,000.

What We Think: Saturn has hit a solid double with its new Astra, thanks to sexy European styling, competitive pricing, a comfortable interior built with quality materials, and an entertaining handling package. So what else does it need? More beans under the hood and an automatic transmission that satisfies weekend enthusiasts with a bit more sport.

Saturn Astra – 2008 Review: Whether you like it or not, the world’s going global. Sounds obvious to the point of being nonsensical, but despite the common availability of knick-knacks from Taiwan, clothing from South America, and appliances from China, there have been industry holdouts, most notably that which makes the cars and trucks we drive everyday. We’ve grown accustomed to seeing Japanese- and European-branded vehicles on our roadways, but some of us are still grappling with the idea of a Honda (Japanese) being built in Ohio or Ontario, a Volkswagen (German) rolling off a Mexican assembly line, or a Hyundai (Korean) crafted by workers in Alabama. 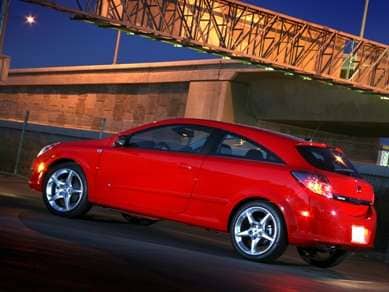 It’s a new world, people, where your import cars are transported by truck and your domestics arrive by sea. That’s the case with the 2008 Astra, built in Belgium and sold in some European countries under the Opel brand, and now delivered to these shores to be sold by Saturn dealers. There may be those who think a domestic car needs to be built in the U.S.A., but the impressive Astra makes a strong argument for GM reaching beyond our borders for competitive products. The Astra’s style and materials quality betters many of its competitors, foreign and domestic, and its European driving character is sure to attract budget-conscious buyers who don’t want to sacrifice fun for a lower base price. The fact that it comes in 3-door and 5-door variants with GM’s 100,000-mile powertrain warranty are yet further enticements that make Saturn’s new import worthy of consideration by anyone fishing the compact car waters. 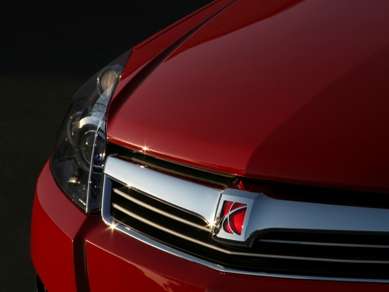 All versions feature cruise control, a four-cylinder engine tied to a five-speed manual transmission, side-curtain airbags, a tilt and telescoping steering wheel, and power heated exterior mirrors, as well as a standard CD player and a driver information screen atop the center dash. Moving from the XE to the 5-door XR adds air conditioning, 16-inch alloy wheels, an MP3 player, and foglights. Optional equipment for all 5-door models includes a dual-pane sunroof, a four-speed automatic transmission, and heated front seats, though the XR can also be treated to a Premium Trim Package with leather upholstery, an Advanced Audio Package with a six-disc CD changer, and a Sport Handling Package with a lowered suspension and 17-inch wheels. That last package is standard fare on the Astra 3-door XR, as are thickly bolstered seats and GM’s Stabilitrak stability control system. The Premium and Audio packages are optional.

Our tester was a Salsa Red Astra 3-door XR carrying a sticker price of $22,355 including a $620 destination charge, the four-speed automatic transmission, 18-inch alloys with performance tires, and the Premium Trim and Advanced Audio packages. With the price and equipment, there’s little to complain about other than the fact that a sunroof isn’t available on the 3-door. That, and anyone with sporting intentions will want to skip the fun-robbing automatic for what we suspect is a more engaging manual tranny.

Though the XR versions of the five-passenger 2008 Saturn ASTRA may appear sportier than the XE, in reality all models draw power from the same engine. That’s a 1.8-liter four-cylinder using variable-valve technology and good ol’ regular gasoline to pump out 138 horses at 6,300 rpm and 125 lb.-ft. of torque at 3,800 rpm. With the standard five-speed manual transmission, the EPA suggests drivers will record 24 mpg in the city and 32 mpg on the highway; opt for the four-speed auto and the highway rating drops slightly to 30 mpg. 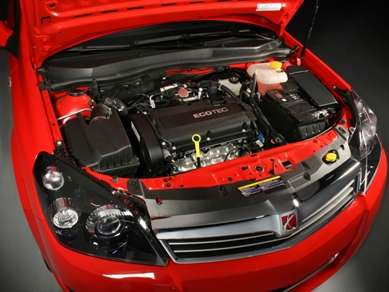 The Astra’s suspension consists of struts and a stabilizer bar up front and a torsion-beam setup out back. Buyers selecting the 3-door or a 5-door Astra XR with the Sport Handling Package will get a lowered suspension and a quicker ratio for the rack-and-pinion steering assembly, while all Astra’s are delivered with four-wheel antilock disc brakes (vented front, solid rear). Wheel sizes range from 16 inches with 205/55 all-season tires to the 3-door XR’s optional 18s rolling on 215/45 high-performance rubber.

With 138 horsepower charged with motivating all of the Saturn Astra 3-door XR’s 2,833 pounds, you might think that acceleration isn’t exactly breathtaking. You’d be correct. 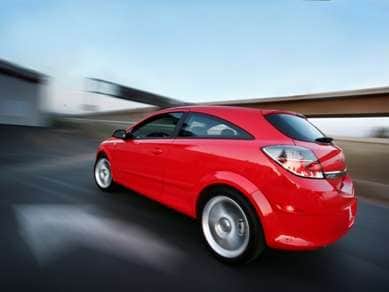 Though our staff came together as one to recommend that Saturn boost power by at least 20 ponies, the horsepower rating isn’t necessarily at the core of the Astra’s performance problem. At 125 lb.-ft., the four-banger’s torque rating is satisfactory, but the four-speed automatic transmission saps power down low, which results in sluggish off-the-line starts. Simply put, no matter what Saturn adds in the form of aggressive suspension setups and deeply-bolstered seats, “sport” is the last word that comes to mind when the light turns green and the driver nails the go pedal. Let off the gas after a lengthy stop and the powertrain vibrates for a second – much like a hybrid; get under way and you’ll experience mostly smooth yet premature shifts that don’t allow the engine to rev to its power peak.

To make matters worse, the automatic gearbox doesn’t offer a manual mode or paddle shifters. We worked around this obstacle by clicking the shifter into 3, 2, and 1 to manipulate the power delivery, but GM could make the driving experience much more enjoyable by adding a sport mode that lets enthusiastic drivers run near redline – you know, where all the fun’s had.

That being said, the Astra’s powertrain transforms out on the open road. At higher speeds the engine comes to life, allowing the driver to easily cruise at 80 mph and above, with confident passing power that’s simply not available at slower speeds. After a week of varied driving, we recorded 23.3 mpg. 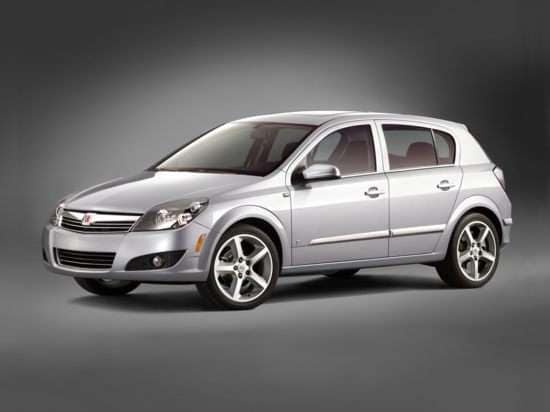