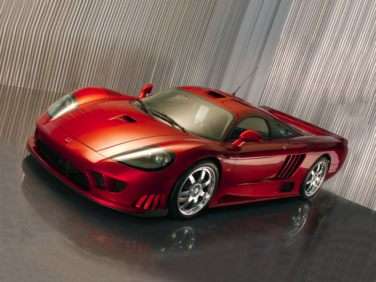 All About Saleen S7

Stephen Mark Saleen founded his specialty vehicle manufacturing company in 1983. Born in April of 1949, Saleen is a native of Inglewood, California. A graduate of the University of Southern California, with a degree in business, it is said Saleen’s interest in automobile arose from his father’s purchase of Porsche sports car.

The vast majority of the notoriety Saleen enjoys came from modifying Ford Mustangs. In addition to modifying cars for the street, Saleen operated a remarkably successful racing team. The 1997 entry of the Saleen/Allen RRR Speedlab Mustang at the 24 Hours of LeMans marked the first time Ford’s pony car had run in the French race since Carroll Shelby’s Mustang did so in 1967.

In fact, Shelby and Saleen were inducted into the Mustang Hall of Fame during the same year—1996. These were among Steve Saleen’s most notable accomplishments, until…

Debuting August 19, 2000 at the Monterey Historic Races—held during the week of the annual Pebble beach Concours d’ Elegance—the Saleen S7 supercar marked Steve Saleen’s emergence as an original equipment manufacturer. The first ground-up road going Saleen automobile, the 2000 Saleen S7 was a completely original design. The body of the S7 was made of carbon fiber, while the space frame chassis was comprised of both aluminum and lightweight high strength steel. Curb weight was 2,750 pounds.

The first version of the car produced 550 horsepower and was produced until 2004. Acceleration from zero to 60 was quoted at 3.3 seconds. For 2005, the Saleen S7 returned, this time with a 7.0-liter twin turbocharged V8 engine capable of 750 horsepower, 700 ft-lbs of torque, and propelling the car to a top speed of some 248 miles per hour. Zero to 60 for the S7 Twin Turbo was quoted at 2.8 seconds. For 2006, because you know, uh, enough never really is enough; the S7 Competition model was released with 1000 horsepower.

Completely handbuilt, the Saleen S7 is without question the most exotic and the most successful American supercar ever produced. Given Saleen’s background as a racer, it comes as no surprise several racing versions of the Saleen S7 were produced and won a number of racing championships.

In fact, the Saleen S7 was a regular at LeMans during its production run.