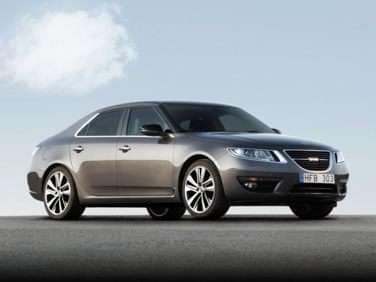 The Saab 9-5 is a four-door front wheel drive mid-size sedan. Saab started out as a Swedish company until 1990 when General Motors purchased half of their automotive division. In 1999, the Saab 9-5 was introduced as the first premium four-door sedan and replaced the Saab 9000. The vehicle offered new technology for the times, such as Active Head Restraints which were designed to prevent whiplash in the event of an accident. Over the years some of the Saab features were lost and then regained like the in-floor ignition system. Throughout the following years, the engine and trims changed slightly, the exterior look was modified in little ways and the driveability was improved.

The car entered 2008. Specifically, new features include sport seats, rain-sensing windshield wipers, and the addition of OnStar. A full redesign is supposed to happen within the next two years when the vehicle is expected to be larger with new dramatic look. Also expected is change from the four cylinder engine to a V6 engine as well as an all-wheel drive model.

The Saab 9-5s are available as a midsize sedan or a wagon, which is called the Saab SportCombi. There are two trims, the 2.3 T and the Aero. Under the hood of all models is a is a 2.3 L four-cylinder engine that offers 260 horsepower with 258 ft-lb of torque. The engine is paired to one of two transmissions: the standard five speed automatic or a five-speed manual transmission.

The EPA fuel economy estimates for this vehicle are 17 miles per gallon in the city and 26 mpg on the highway.

The interior cabin on this vehicle is definitely ‘executive’ style. The seats are comfortable enough to go the distance of a long drive. For the SportCombi, there is extra storage. The 73 cubic feet of cargo space means you have enough room for any luggage you may need to take with you. If you are carrying passengers, the cargo space is 37 cubic feet. To go along with that is a refrigerated glovebox. There is also a cabin air filter, and a leather wrapped steering that contains the audio system controls.

There are many features included as standard on the Saab 9-5 sedan. The 2.3T offers 17-inch wheel, a sunroof, eight-way driver and front passenger seats, heated front and rear seats, sunroof, leather upholstery, tilt and telescoping steering wheel and a nine-speaker Harman Kardon sound system with an in-dash CD changer. There is also satellite radio and an auxiliary audio jack standard.

There are both options and packages available for this vehicle. Some of the options include a touchscreen navigation system and cooled front seats. Also available is a Visibility Package that adds in Xenon headlights, power-folding an auto-dimming outside mirrors. This package also includes rear parking assist.

Saab has always been recognized for high safety standards. The Saab 9-5 comes fully equipped. There are front and side air bags, head curtain air bags, ABS brakes, traction control for bad road conditions and electronic stability. There is also active head restraints to minimize whiplash injuries and new this year is OnStar.

The 2009 Saab 9-5 is a carryover mechanically and stylistically from 2008, but only a single trim is available. The 2009 9-5 Griffin is sold as either a sedan or a wagon, and is powered by a 2.3 liter, 4-cylinder engine that uses a turbocharger to punch out a healthy 260 horsepower and 258 lb-ft of torque. Buyers can choose between either a 5-speed automatic or 5-speed manual transmission. Fuel economy for the 2009 9-5 comes in at 17 miles per gallon in city driving and 27 miles per gallon on the highway.