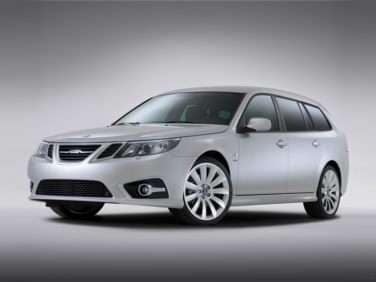 The Saab 9-3X is a limited edition of the Saab 9-3 model four-door sedan. This limited edition Saab marks the entrance of Saab’s new all wheel drive system called the XWD system. This is a system that allows the power to be split between the front and the rear wheels as well as being divided between the left and right side at the rear of the vehicle. This is due to the electronic limited slip differential or eLSD. This new system is currently an option on Saab 9-3 Aeros but come 2009, it will be optional for all the 9-3 models. Later in 2009, there is expected to be all-wheel-drive available for the Saab 9-5 models.

Under the hood of this Saab 9-3X is an upgraded version of the 2.8 L V6 engine offering 280 horsepower. It is available with both a six-speed manual transmission with overdrive and an optional Sentronic six-speed automatic transmission.

The EPA fuel economy rating is estimated at 16 miles per gallon in the city and 26 mpg on the highway for the Saab 9-3X when outfitted with a six-speed automatic.

This unique vehicle has a special Jet Black Metallic exterior finish that is matched by the interior black leather trim to set it apart. There is also a new body treatment offers a deep front bumper, a new rear deck spoiler, and dual exhaust tailpipe treatment.

The models available include the sport sedan and the SportCombi.

The Saab 9-3 Turbo X receives many features that keep it competitive for its class. There is classy leather upholstery, a turbo gauge, a carbon fiber dash trim – reminiscent of the 1980’s. The wheels are standard 18 inch for the North American market and 17 inch wheels are optional. Other features include eight way power driver and front passenger seat, driver lumbar support, temperature controlled glovebox, tiedown hooks in cargo area, door mounted storage. There is also a moonroof, and an air conditioning system with separate driver and front passenger climate controls.

There are two packages available - the Cold Weather Package and the Touring Package.

The 2009 Saab 9-3X is a carryover from 2008. The 2009 Turbo X can be purchased in either sedan or SportCombi (wagon) form. A single trim level features a 2.8 liter V6 engine that punches out 280 horsepower and 296 lb-ft of torque. A 6-speed manual or automatic transmission sends that power to all four wheels. Fuel mileage for the 2009 Turbo X is rated at 16 miles per gallon in city driving and 24 miles per gallon on the highway.