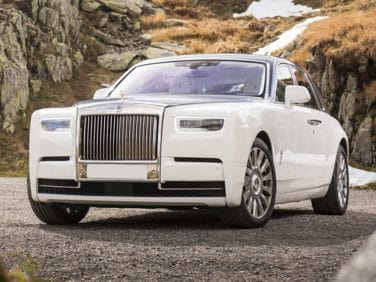 All About Rolls-Royce Phantom

The Phantom retains traditional Rolls-Royce design and execution. It has a unique chassis, body, and interior. The body is mostly constructed of aluminum for its properties of providing strength while saving weight, and the space frame chassis is constructed of extruded aluminum that is produced in Norway, machined in Denmark and welded in Germany. The chassis are then shipped to England for the car’s assembly. The Rolls-Royce Phantom is assembled at the Rolls-Royce facility in Goodwood, West Sussex, in the United Kingdom. The body shop, paint shop, leather and interior shop, and woodworking shop are all housed in this plant, as well as assembly lines and Rolls-Royce executive offices. This allows each Phantom to be built on the assembly line and then hand-finished to each customer’s specifications. This hand-finishing is a Rolls-Royce tradition and includes hand-polishing of the paint job. Customers can specify their Phantom to be finished in any of 44,000 available exterior color combinations, and can also choose the interior leather color. The Bespoke program enables customers to ask for any option or feature they can think of that is not already available, and Rolls-Royce will do its best to accommodate the request, if at all possible.

The Phantom’s body, atop its aluminum space frame, features rear-hinged rear coach doors that can be closed by a motor. The rear doors also feature umbrella components that are accessible when either the front or rear doors are open, so the Phantom’s occupants have immediate access to protection from inclement weather. The Spirit of Ecstasy, the trademark Rolls-Royce hood ornament, can be retracted by the driver at a touch of a button, or based on sensors located around the ornament, to protect the ornament from theft or impact. When activated, the Spirit of Ecstasy will recede into the car’s hood.

The Rolls-Royce Phantom also provides premium power and luxury interior features. Though BMW had planned a 9-liter V16 for use in the Phantom, but a 6.75-liter V12 was ultimately decided to be a more pragmatic option. The engine in the Phantom is paired to a six-speed automatic transmission. The Phantom’s 0-62 acceleration time is 5.9 seconds.

The instrument panel in the Phantom is unique for its absence of a tachometer; instead, a power reserve dial tells the driver how much power the engine has left to use. The 2009 model of the Rolls-Royce Phantom featured several updates, rounding out the standard and optional features list to include a voice-activated navigation system, a 26-speaker surround sound audio system with DVD monitors in the backseat, wireless headphones, an iPod adapter, climate-controlled cup holders, backseat tables, a refrigerator, rear-view monitor, 18-way power front seats and 16-way power rear seats.