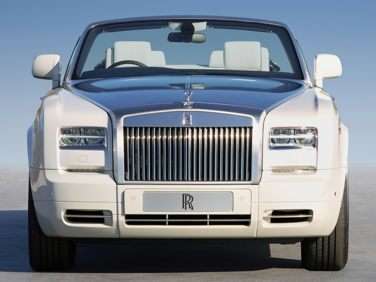 All About Rolls-Royce Phantom Drophead Coupe

For the overall theme of the car, the Rolls Royce product planning team went nautical; adopting styling elements from a luxury yacht. In fact, the look of the car is intended to mimic that of a large nautical vessel slicing through the water. This is also reflected in the use of teak decking for the five-layer folding roof’s tonneau cover. The “deck” is comprised of 30 separate boards of wood cut from the exact same tree to ensure the grain pattern is a match.

Further, there are more than 44,000 color combinations available for painting the exterior of the Phantom Drophead—ensuring exclusivity even within the exclusivity of the model. What’s more, if there is a hue you want they don’t already have, they will mix it to your specification. And, when they create it, they will name it for you—or whomever you designate. The same goes for the supple leather hides upholstering the interior. They too, can be custom tanned to whatever color you like.

One of the most distinctive exterior features of the car is the optional brushed stainless steel hood. No other car offers this, making it highly distinctive. The integrated “Parthenon” grille flows gracefully from the hood, regally crowned by the “Spirit of Ecstasy” hood ornament. By the way, the flying lady grille ornament is also smart. To thwart thieves who would attempt to dislodge her from her promontory on the prow of the Rolls convertible, she retracts into the grille if subjected to undue forces. She can also be programmed to disappear into the grille whenever the car is shut down and locked.

Another disitinctive feature of the coupe is the power actuated rear-opening doors. They must be opened by hand, but can be closed at the press of a button. After all, if you can drop 400 large for a two-door convertible, should you really be bothered with closing the door yourself?