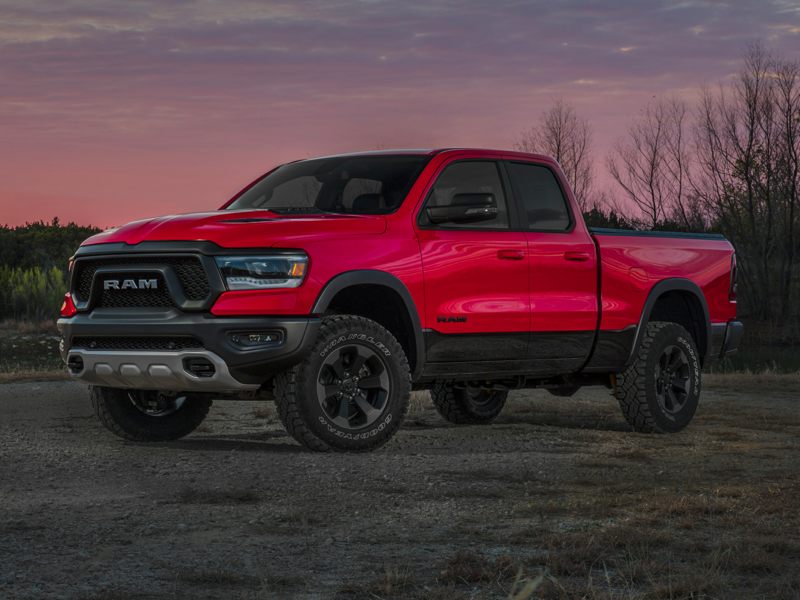 Improbably, Chrysler has built a rugged, tough, manly truck brand around the image of an herbivorous, gregarious, prey species that flees when confronted with danger: the male sheep. Granted, only those male sheep that haven’t been castrated are known as rams, but still, we’re talking about an animal that exhibits aggression only when cornered. At least, that’s what Wikipedia says.

Nevertheless, RAM sounds cool, especially when it’s expressed in all capital letters, as seen on some of the models in Autobytel’s galleries of RAM pictures. That’s not the official expression of the brand, depending on what source of information from Chrysler that you might be viewing at any given time, but that’s how it looks on the trucks, accompanied by a set of ram’s horns and names like Big Horn, Longhorn and, if you live in Texas, Lone Star. Mmmmm. Beer, and steakhouses, and trucks.

Up until Fiat S.p.A. got seriously involved in Chrysler’s affairs, Ram pickups were sold under the Dodge brand, which had been building trucks since 1927 and marketing them as Dodge models since 1929. In 2010, that changed, and now Ram, or RAM, is a separate division selling a lineup of personal-use pickups, commercial-grade trucks, and commercial vans. Seriously, until you’ve paged through RAM photos of a ProMaster 3500, you haven’t lived.

Because the RAM, or Ram, brand is relatively new, our archives of RAM images aren’t terribly extensive. But rest assured that in the years to come, we’ll offer plenty of RAM pictures for your viewing pleasure.