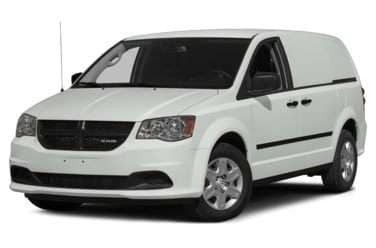 All About RAM Cargo

RAM Trucks are a brand of pickup trucks that are designed and manufactured by Chrysler Group LLC. The Detroit auto manufacturer used to produce Ram pickup trucks under the company’s Dodge brand of vehicles. Dodge started selling trucks with the Ram name in 1981, but Chrysler decided to spin off RAM into a separate brand, as part of its post-bailout corporate restructuring and Chrysler’s acquisition by the Italian auto manufacturer Fiat. This move allowed RAM Trucks to establish a distinct brand identity while retaining the reputation the vehicles had already earned. And, the move freed the Dodge brand to focus on other passenger vehicles, such as cars and sport utility vehicles. However, RAM pickup trucks still sport Dodge branding, and the RAM line has expanded to include cargo vans and light commercial vehicles. The first RAM Trucks vehicles went on the market in 2009 for the 2010 model year. RAM pickup trucks and vans are designed in Auburn Hills, Michigan, in the United States, and most are built in a Chrysler Group production facility in Saltillo, Coahuila, Mexico. RAM passenger and commercial vehicles are sold in the United States, Canada, Mexico, Brazil, and the Middle East.

The RAM Cargo Van, or C/V, is a sibling of the Dodge and Chrysler minivan family. It’s designed to compete with vehicles such as the Ford Transit Connect and the Mercedes Sprinter, which, under a previous arrangement with Mercedes-Benz, was, until recently, sold in the United States as the Dodge Sprinter. Introduced for the 2011 model year, the RAM Cargo Van features many of the same characteristics of the other Chrysler van models for that year. It features two front seats in the cabin, much like a regular minivan, but from there back it is clearly designed to suit a different purpose. What would be a passenger area in a minivan is instead open, yielding more than 155 cubic feet of cargo space. Buyers of a RAM cargo van can also choose to have solid panels in place of the side and rear windows, in a variety of different configurations. Like other vans in the Chrysler family lineup, the RAM Cargo Van gets equipped with Chrysler’s Pentastar 3.6-liter V6 drivetrain, rated for 183 horsepower and paired to a six-speed automatic transmission. It yields minivan-like gas mileage, which is a plus for a cargo van. The 2014 model was rated by the Environmental Protection Agency to achieve fuel economy of 18 miles per gallon city, 26 miles per gallon highway. The RAM Cargo Van can tow up to 3600 pounds and has a max payload of 1800 pounds.

Driving the RAM Cargo Van is almost like driving the family minivan, a benefit Chrysler seems to be counting on. The van is equipped with comfort features such as dual zone climate control, a cabin air filtration system, a handful of power outlets for devices and accessories, power locks, and power windows. The driver gets cruise control and a tilt and telescoping steering wheel. Options include an entertainment system with a 6.5-inch touch screen display, a Garmin navigation system, Bluetooth wireless integration, a backup camera, and an eight-way power driver’s seat. Exterior finish options are based on the Chrysler and Dodge paint palettes for the year in question, although a little more limited, so there’s no need to stick strictly to boring black or white.