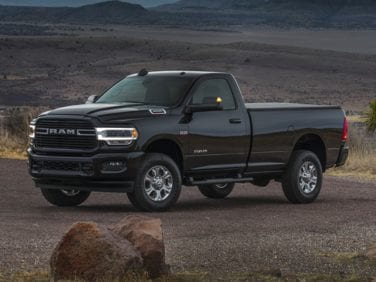 The RAM 3500 is a pickup truck in the Chrysler family of vehicles. RAM trucks were once sold under the Ram lineup of the Dodge brand, but as part of the Chrysler Group’s overall restructuring, RAM trucks were spun off into a separate brand. The RAM truck lineup, including the RAM 3500, was introduced in 2009 as a 2010 model year vehicle. Not much was changed from the previous Dodge Ram versions of the vehicles, which have been sold since 1981. As of the 2009 model year, the RAM pickup truck series is in its fourth generation. RAM trucks, including the RAM 3500, are currently built in Coahuila, Mexico, at Saltillo Truck Assembly, and in Warren, Michigan, at the Warren Truck Assembly. As of the 2013 model year, RAM trucks are sold in the United States, Canada, Mexico, Brazil, and the Middle East, and availability varies by market.

The fourth generation of the Dodge Ram was introduced in 2008 at the North American International Auto Show in Detroit, but it wasn’t revealed at the time that the brand would be changed in less than a year. At the time of the fourth generation’s introduction, only the Ram 1500 model was available. The other models in the lineup, including the Ram 3500, were not available until later. Chrysler offered several updates to the Ram for the 2009 model, such as a new four door cab design, an updated suspension system, and a new Hemi engine offering. To help differentiate the Ram from other pickup truck offerings (especially the domestic competition from Detroit), Chrysler also introduced the Rambox, a storage system built into the truck’s bed walls for additional security. Later, Chrysler linked the Rambox system to the trucks’ remote keyless entry system. Another big change for the fourth generation is the Ram’s claim of a class-exclusive manual transmission. As other pickup truck manufacturers gradually discontinued their manual gearbox offerings, Ram still offered them. As of 2011, the Ram lineup was the only pickup series available with a manual transmission. The Chevy Silverado’s manual option was killed off in 2006, and Ford discontinued the option on the Super Duty lineup after the 2010 model year.

For the 2014 model year, the base model of the Ram 3500 Heavy Duty boasts a towing capacity of 13,850 pounds and a maximum payload of 4,480 pounds. This is accomplished thanks to its 5.7-liter Hemi V8 engine that produces 383 horsepower, paired to a six-speed automatic transmission. Upgrading to the 6.4-liter Hemi V8 yields 410 horsepower, max towing capability of 16,450 pounds and max payload of 7,320 pounds. This version also features a fuel saving program that shuts off four of the engine’s cylinders when the engine is not under heavy load, such as when the vehicle is driving downhill or cruising. The most powerful drivetrain for the Ram 3500 is the 6.7-liter Cummins turbodiesel engine, which provides 370 horsepower, less than the gasoline engines, and a maximum payload of 6,720 pounds, but the towing capacity is boosted to 22,500 pounds. The Ram 3500 also features a full color touchscreen information display, with Bluetooth wireless integration, a WiFi wireless internet hotspot, navigation, and satellite radio. The Ram 3500 also offers a camera to monitor the cargo in the pickup bed, as well as a separate brake control for towing a trailer. The Ram 3500 is available in crew cab or mega cab versions.