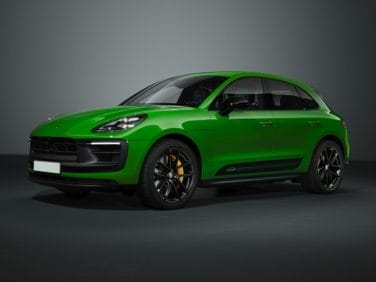 All About Porsche Macan

Porsche, a luxury and performance auto manufacturer based in Germany, was founded in 1931. The company has been under control of Volkswagen AG since 2012, which also manages the Volkswagen, Audi, Lamborghini and Bentley automotive brands. Volkswagen and Porsche had a history of collaboration and partnership, but it wasn’t until 2002, though, that the first Porsche sport utility vehicle was revealed, and that was also due to collaboration with Volkswagen. Since the introduction of the Porsche Cayenne, other Porsche SUV models have gone into development, and Porsche has become a strong competitor in the luxury sport utility vehicle category. The Porsche Macan is the latest model in the brand’s SUV lineup. The Macan is a luxury crossover with seating for five occupants that was introduced for the 2015 model year. Though it’s smaller than the Cayenne, it’s derived from the same successful formula, and it shares some of its components with the Audi Q5 crossover, which helped get it to market more quickly.

Despite the shared resources, the Porsche Macan provides plenty of exclusivity. The Macan was engineered to deliver good handling, good performance, and an engaging driving experience. To that end, the drivetrain options, suspension system, and aesthetics are all specific to the Macan. There are two drivetrains available, both of which feature a V6 engine. The Macan S model features a turbocharged 3-liter that provides 340 horsepower. This version of the Macan can achieve the 0-60 sprint in 5.2 seconds. Upgrading to the Macan Turbo yields a turbocharged 3.6-liter with 400 horsepower, which makes the Macan Turbo the most powerful luxury crossover on the market. Here, the 0-60 time is shaved down to 4.6 seconds. Both engines come with Porsche’s PDK seven-speed automated manual transmission. The Porsche Macan, when properly equipped, can tow up to 5291 pounds.

The Porsche Macan features a standard all-wheel-drive system that sends most of the power to the rear wheels, because Porsche wanted to build an SUV that handled more like a sports car. Some of the power does go up front, when the vehicle senses that it needs the traction. Standard equipment on the base trim S model includes 19-inch wheels,  automatic engine stop-start, cruise control, a power hatch gate, dual-zone climate control, eight-way power front seats, front seat memory functions, power and heated side mirrors, bi-xenon headlights, split folding rear seats, a 7-inch touchscreen in the center console, an 11-speaker stereo system with a CD player, iPod and USB connectivity, and Bluetooth wireless integration. The Macan Turbo’s additional features include adaptive suspension dampers, an exclusive 19-inch wheel design, exclusive exterior accents, full leather interior, aluminum interior trim, upgraded front seats, navigation, and an upgraded Bose audio system. Sporty add-ons include summer performance tires, an adaptive suspension system, or an air suspension system that provides additional ground clearance. Most of the other upgrades, such as a launch control feature and sport engine calibrations, are grouped into packages that can quickly send the price of the Porsche Macan skyrocketing. The interior can also be customized by the factory. Safety features include anti-lock disc brakes, traction control, stability control, front airbags, side curtain airbags and knee airbags.