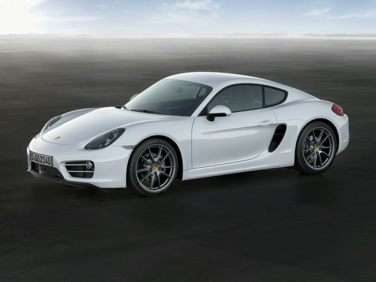 All About Porsche Cayman

The Porsche Cayman is a two-door, two passenger sports coupe. When Porsche introduced the Boxster for the 1997 model year, it was the company’s first small convertible outside of the mainstay 911 in a number of years. When the Boxster proved to be a popular choice amongst those looking for a fun second car, Porsche fans began to clamor for a coupe version of the vehicle to fill a hole in the Porsche lineup that had last been occupied by the 944. Initially, the company was resistant to sell a hardtop version of the Boxster for fear that it would cut into sales of the 911, but over time they relented and used the second generation Boxster platform to serve as the basis for the Porsche Cayman coupe in 2005.

The Porsche Cayman does bear styling similarities to the Boxster, but considering that all Porsche vehicles share largely the same DNA, this is neither a surprise nor a knock against the model. In addition to what the vehicles have in common, there are also some features which are distinct to the Cayman, such as the fluid sloping of the rear deck and a different front presentation. In profile, the Cayman presents the interesting image of a coupe with a sharply pronounced bulging roof over the passenger compartment, setting it apart from the 911.

Performance, however, is one area where the Cayman nips at the more established Porsche’s heels. The base Cayman is powered by a 2.7 liter 6-cylinder engine that makes 245 horsepower and 201 lb-ft of torque. Buyers can choose between a 5-speed manual transmission or a 5-speed Tiptronic automatic which allows for shifting via controls which are mounted on the steering wheel. There is also a more powerful version of the coupe called the Cayman S which replaces the smaller 6 with a 3.4 liter unit that pumps out 295 horsepower and 251 lb-ft of torque. When equipped with a 6-speed manual transmission, the Cayman S rockets to 60 miles per hour in only 5.1 seconds – considerably quicker than the base model and just a half a second slower than the entry-level 911 Carrera. The Cayman S can also be had with a Tiptronic option.

Not surprisingly, the Cayman is not only adept at acceleration, but it is also quite capable in the corners. With a weight of less than 3000 lbs, the Cayman sticks to the road like thick German glue, tackling even the most aggressive of twisty back roads with the same impressive handling and braking that also make it a fun track car. The increased rigidity of the closed roof combined with a tighter suspension vaults the Cayman over its roadster cousin when it comes to road manners. Active suspension management can configure the vehicle’s shock absorbers to perform with either sporty driving or comfort in mind, and electronic stability control does its best to make sure that the Cayman stays pointed in the right direction even on a full throttle corner exit.

The Porsche Cayman is definitely an exciting vehicle to drive, and with the Cayman S coming in at a significantly lower price than a 911 it makes an attractive option for anyone in the market for a very fast, very capable sports coupe.

The Porsche Cayman has been significantly updated for 2009. This compact two-seater bears an bold new exterior design that more closely mimics that of Porsche’s flagship 911, while still maintaining a respectful distance. A more aggressive front fascia gives the Cayman a muscular look, while headlights and taillights resemble its roadster cousin, the Boxster, especially with the incorporation of LED’s into the stop lamps. Bi-xenon headlights are also available, along with new ventilated seats and Bluetooth integration. A retractable spoiler rounds out the vehicle’s overall look.

The base 2009 Cayman starts out with a 265 horsepower, 2.9 liter 6-cylinder engine that also provides 221 lb-ft of torque. The Cayman S upgrades to a 320 horsepower, 3.4 liter motor that cranks out 273 lb-ft of torque. A 6-speed manual transmission or 7-speed dual-clutch PDK automatic are the gearbox options. Fuel mileage numbers for either version of the 2009 Cayman have not been made available.