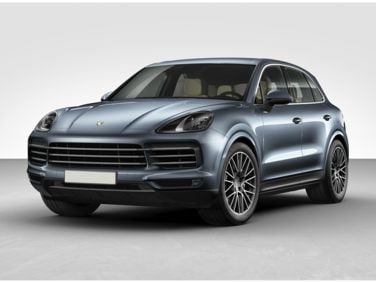 All About Porsche Cayenne

The Porsche Cayenne is a four-door, five passenger luxury sport-utility vehicle. When sport-utility vehicles began to proliferate amongst automobile manufacturers, journalists and sports car lovers alike were convinced that certain companies would be able to resist the siren song of these popular, cash-generating platforms. This is why the world was shocked when Porsche announced that they would be developing an SUV based to be released in the early 2000’s. While it might have seemed like an unusual move for a company known exclusively for its sports cars, Porsche explained the maneuver as being necessary to maintain the financial stability necessary to compete against larger automakers.

Much of the concern was misplaced, as the Porsche Cayenne turned out to be an SUV that was capable of outperforming the majority of sports cars on the market – with very good off-road dimension rolled into the package. The 2009 Porsche Cayenne continues this tradition of excellence, as the truck has become quicker and more capable than generation which preceded it. Refreshed for 2008, the new Cayenne is offered in 5 different trim levels. The base model is powered by a 290 horsepower V6, and has a top speed of 141 miles per hour. While that might seem quick for a truck, it is only the first rung on the ladder of the possibilities offered by the Cayenne. The Cayenne S adds two extra cylinders and horsepower jumps to 385. The last normally aspirated version of the Cayenne, the GTS, accelerates to 60 miles per hour in 5.7 seconds thanks to a higher performance version of the same V8, this time making 405 horsepower.

The turbocharged versions of the Cayenne are where the real madness begins. The Cayenne Turbo uses twin-turbos to increase output of the SUV’s V8 engine to 500 horsepower, coupled with 516 lb-ft of torque. This is enough to shunt zero 60 acceleration times below 5 seconds and increase top speed to over 170 miles per hour. Just in case there are buyers out there who require even more power from their truck, the Turbo S adds an extra 50 horsepower and 37 lb-ft of torque to create the fastest sport-utility vehicle ever put into production. The base Cayenne can be shifted with either a 6-speed manual or Tiptronic automatic transmission, while each V8 edition is Tiptronic only.

One of the most fascinating things about the Cayenne is the fact that it does not trade off-road performance for highway speed. In addition to standard all-wheel drive, each version of the SUV also has a fully locking center differential and a low-range gear designed to help with crawling across rocks or up and down steep inclines. The vehicle’s air suspension can adjust ride height to facilitate the crossing of rivers or clearing taller obstacles, and hill control and Dynamic Chassis Control round out the features that make the Cayenne a superb trail driver.

The Porsche Cayenne appears to offer it all – a plush, comfortable interior, fantastic 4x4 ability and enough mind shattering performance to silence even the most vocal Porsche purists. The vehicle has been a sales success for the company, and their continued refinement of the platform has ensured that the Cayenne remains at the top of the luxury SUV ladder.