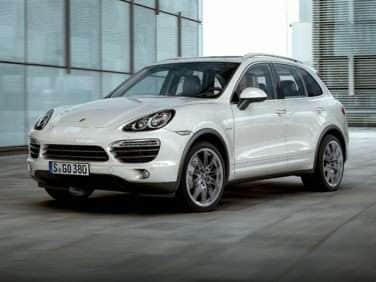 All About Porsche Cayenne Hybrid

While the idea of a Porsche Cayenne Hybrid SUV seems quite logical to the contemporary mindset, when the Cayenne concept was first brought to the fore it was roundly ridiculed. Of course, today we know the Cayenne as the model that saved Porsche, but at introduction it was the company’s first roadgoing offering that was something other than a sports car to wear the company’s crest.

These days, given the ultimate success of the model, you might be surprised to learn the introduction of the Cayenne was met with considerable disdain. So-called “purists” felt anything with the Porsche name on it other than a sports car represented a sellout by the management of the vaunted automaker. Remarkably, the Cayenne proved to be a sell out that prevented a sell out.

The Porsche SUV debuted to exceptionally warm acceptance by upscale individuals who valued the Porsche pedigree more than the form of the vehicle. Thus, the Porsche Cayenne very quickly became a fixture in tony parking lots everywhere. The model, if not exactly sold out, did enjoy a quite lengthy waiting list. Further, the success of the mode strengthened the company’s financial position such that it remained an independent entity (until a failed takeover attempt of Volkswagen backfired—but that’s a different story).

The hybrid version of the Porsche SUV was introduced in 2007 at the Frankfurt Auto Show. The model went on sale in the United States in 2010, as a 2011 model. The Cayenne’s Hybrid powertrain system was comprised of a 333-horsepower V6 engine and a 47-horsepower electric motor, with 221 ft-lbs of torque. The all-wheel drive hybrid powertrain produced a total system output of 380 horsepower and 428 ft-lbs of torque. Power was routed through an eight-speed automatic transmission.

The Cayenne Hybrid was also fitted with a start/stop feature, which shut the gasoline engine down at traffic signals and railroad crossings—or whenever the Porsche sat idle for several minutes. It was also one of the first Hybrid models to have the capability of cruising at highway speeds on electric power alone. A 288-volt nickel metal hydride battery stored the Porsche’s electricity. The Porsche Cayenne Hybrid’s battery pack was recharged by a combination of regenerative braking and electrical generation from the V6 gasoline engine. Both the hydraulic vacuum pump and the hydraulic steering pump were replaced by electrically operated units to permit their functioning when the gasoline engine was shut down.