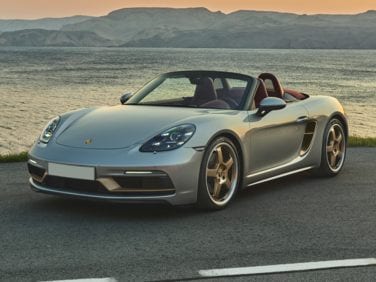 All About Porsche Boxster

The Porsche Boxster is a two-door, two passenger roadster. The Porsche Boxster grew out of Porsche’s desire to build a true roadster, one which had been designed from the ground up to be an open top car. In the mid-1990’s, Porsche raided their own vaults to pore over diagrams and blueprints for the Porsche 550 and the Spyder, two iconic convertible Porsches dating back 40 years previous. When the 1997 Boxster debuted, it was clear to see the tribute that the company had paid to those fabulous cars of yesteryear. It was also clear that in a cost-cutting move, Porsche had controversially decided that the roadster would share several exterior components with the more up market 911.

While the bad blood over the dilution of the 911’s design legacy might have faded, the joy of driving a Boxster has not. The 2008 Porsche Boxster rides on the second generation of what Porsche calls the 987 platform. There are two different versions available. The entry-level Boxster uses a 2.7 liter horizontally opposed 6-cylinder to generate 245 horsepower and 201 lb-ft of torque. When matched with a 6-speed manual transmission, that is enough to propel the roadster to a top speed of 160 miles per hour. In order to get there a little bit quicker, there is also the option of the Boxster S, which squeezes an extra 50 horsepower out of a larger 3.4 liter 6-cylinder and knocks almost a full second off of the spring to 60 miles per hour. In addition to the manual, both cars can also be had with a 6-speed Tiptronic automatic transmission.

With all of that power wrapped in such a small package, it is no surprise that the Boxster is an extremely rewarding vehicle to drive – especially if it is driven quickly. Even when equipped with the automatic transmission, the Boxster is responsive, pulling hard to the redline and changing gears with appropriate swiftness. While the absence of a top can sometimes create unwanted body flex under hard cornering, the benefits of the Boxster’s convertible-first design keep the entire chassis well-behaved. This is a car that is meant to be pushed to the limit.

Inside the Boxster, the cockpit is a welcoming combination of soft leather and well-organized gauges and controls. While the interior might be small, it is far from cramped, and Porsche has done an excellent job of reducing the noise which can occur when driving with the top down. The Boxster makes use of sensors integrated into the rear bumper to help with parking, an unusual feature in such a small car. Automatic climate control and a special water-repellent coating on the side windows round out the list of standard features on the Boxster S.

The popularity of the Boxster has not negatively affected sales of the 911 Carrera Cabriolet as so many had feared, since the smaller Porsche is largely presented as a fun vehicle rather than an ultra-serious sports car. With such pleasant handling characteristics and generous power, the Boxster is definitely an excellent vehicle for drivers who don’t need a top or extra seats to enjoy their driving experience.

The 2009 Porsche Boxster has been completely redesigned. The exterior of the vehicle has been tweaked to display a brand new front and rear treatment that brings it more in line with Porsche’s updated styling language. This includes new headlights and LED taillights. The interior has also been improved, and the new Boxster is moderately longer and wider than the model it replaces.

Underneath the hood, both the base and the S trims have benefited from newer, more powerful engines. The standard Boxster is outfitted with a 2.9 liter, 6-cylinder engine that generates 255 horsepower and 214 lb-ft of torque. The Boxster S sees a 3.4 liter, 6-cylinder unit that cranks out 310 horsepower and a hearty 266 lb-ft of torque. Each version of the roadster can be equipped with either a 6-speed manual transmission or a 7-speed PDK semi-automatic gearbox. Fuel economy numbers have not yet been released for the 2009 Boxster.