At the 2014 New York Auto Show, Autobytel caught up with Detlev von Platen, the CEO of Porsche Cars North America. Four or five years ago, Porsche was trying to answer some big questions. Rising fuel costs and the need to improve fuel economy were important topics of conversation, not just with American consumers, but around the world, and also in the auto industry. Porsche was concerned about how these topics would affect future product development, and given the long timeframes involved in concepting, designing, engineering, and producing a car, the results of such discussion are only now coming to fruition. Detlev von Platen said that Porsche needed to demonstrate that sports cars actually played a role in the global automotive market, and that the category had a future, despite ongoing environmental and economic concerns. At the New York Auto Show, Porsche displayed the 918 Spyder, which shows how technology and innovation can result in better fuel efficiency. Thanks to advancements in plug-in hybrid engineering, the new Porsche 918 Spyder is estimated to achieve 67 miles per gallon, despite a 2.5 second 0-60 sprint. It’s a milestone not only for Porsche, but for sports and performance cars in general, and Porsche hopes it will help expand the brand’s target market. 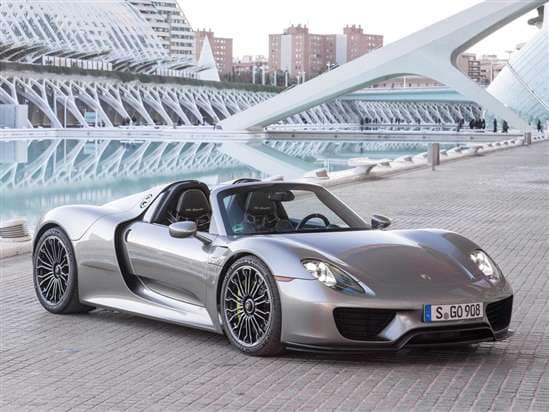