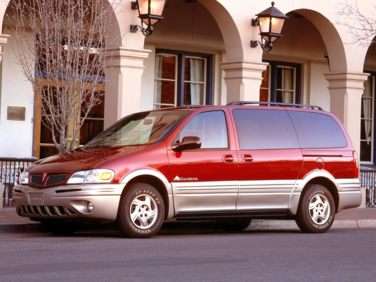 All About Pontiac Montana

The Pontiac Montana is a minivan that originally debuted for the 1999 model. A Pontiac Trans Sport Montana package was also available from 1997 to 1998. In America, the Montana was discontinued following the 2006 model year. The minivan proved more successful in Mexico and Canada, where new models continued to be introduced through the 2008 model year. The Pontiac Montana competed directly with popular minivans such as the Chrysler Town & Country, Honda Odyssey and Dodge Caravan.

The Pontiac Montana went through two generations of styling. The 2nd generation debuted for the 2005 model year. Dubbed the Pontiac Montana SV6, the new design featured SUV styling cues and a more rounded front end. In terms of dimensions, the new design was taller and featured a longer nose than the first-generation Montana. Overall dimensions included a length of 191.0 inches, width of 72.0 inches and height of 72.0 inches.

Structurally, the vehicle was a cousin of several other GM models, including the Buick Terraza, Chevrolet Uplander and Saturn Relay. The interior design of the Montana featured three rows of seating that accommodated up to eight passengers. Metallic-like accents could be found throughout the cabin. Overall cargo volume was 141.0 cubic feet.

The Pontiac Montana came standard with a 3.5-liter V6 engine that delivered 200 horsepower and 220 lb-ft. of torque. For the 2006 model year, an optional 3.9-liter V6 engine that produced 240 horsepower and 240 lb-ft. of torque was also available. Both engines were mated to a 4-speed automatic transmission. The base engine delivered EPA-estimated fuel efficiency of 19 mpg in the city and 26 mpg on the highway. The minivan was also available in both 2-wheel drive and 4-wheel drive configurations.

All Pontiac Montana models came standard with dual front airbags and daytime running lights. The 1SA trim also came with antilock brakes and front side airbags. Traction control was available as an optional upgrade. In NHTSA crash tests, the Montana earned a perfect 5-star rating in the category of driver side impact. In all other categories, the minivan was awarded a 4-star rating.