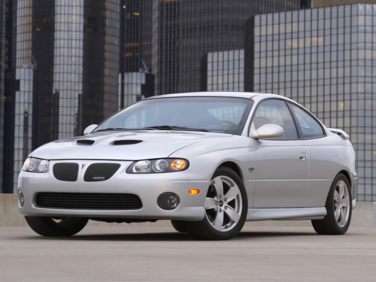 All About Pontiac GTO

Originally rolling off the assembly lines in 1964, the Pontiac GTO is considered by many to be the first muscle car to hit American shores. After a solid 10-year run, the classic GTO was discontinued in 1974. However, nostalgia hit the car industry hard in the 21st-century and, along with competitors like the Dodge Charger, the Pontiac GTO was reintroduced to the North American market.

The newest incarnation of "the Goat" - the original GTO's nickname - was released in the 2004 model year and discontinued in 2006. GM's original re-launch plan indicated that the return of the GTO was always intended to be a 3-year experiment, but lukewarm sales and an unenthusiastic response from drivers most likely contributed to the discontinuation of the new Pontiac GTO. Criticisms of the 2004 to 2006 Pontiac GTO include a lack of personality and uninspired exterior styling.

The new Pontiac GTO was built around GM subsidiary Holden's Monaro V platform. The Monaro - an Australian 2-door coupe - was driven by GM chairman Bob Lutz while on business down under. It was through this experience that he championed the return of the GTO. The re-imagined muscle car was manufactured in Elizabeth, South Australia at Holden's assembly plant.

While GM focused considerable effort on channeling the performance and engine capabilities offered by the original GTO, there were few efforts to include aesthetic details that hearkened back the vehicle's hey-day. Many critics bemoaned the modern design, citing that the conservative and bland styling was hardly reminiscent of the classic muscle car that they had fallen in love with back in the 60's. Indeed, in an era when the Ford Mustang, Dodge Charger and Chrysler 300 all incorporated retro muscle car styling to rave reviews, the 21st-century design of the Pontiac GTO certainly appears to be a misstep on GM's part.

Under the hood, the new Pontiac GTO delivers plenty of power. The 2004 Pontiac GTO debuted with a 5.7-liter V8, but tepid sales spurred General Motors to up the ante in 2005 by throwing in a larger 6.0-liter V8. This engine remained for the 2006 model year and delivered a maximum output of 400 horsepower (a full 50 horses better than the 2004 GTO's engine). Most car enthusiasts agreed that the acceleration achieved through this engine was the GTO's best feature. The 2006 GTO could scream from 0 to 60 MPH in 4.7 seconds.

While the GTO's engine performance received accolades, the vehicle's handling was considered sub-par by most critics. Indeed, when compared to competitors like the Acura RSX and Scion tC, the GTO displayed a softer suspension, slow braking and excessive body roll. This, coupled with the lackluster styling of the GTO, are said to be the major reasons for the car's unimpressive sales.

Beyond the engine upgrade in 2005, GM made numerous cosmetic upgrades to the vehicle in an attempt to squelch styling complaints. The 2005 Pontiac GTO delivered a sportier design with standard hood scoops, split rear exhaust and updated dashboard gauge panel. The option of 18-inch wheels was also made available later in the year. 2005 also saw the addition of two new body colors - Cyclone Gray and Midnight Blue Metallic - while Barbados Blue and Cosmos Purple were dropped from production.

In 2006, the tail lamp design of the GTO was restyled to include a gloss black background. Other design changes included illuminated radio controls and steering wheel. Spice Red Metallic and Brazen Orange Metallic were introduced as new colors for the vehicle's final year. Midnight Blue Metallic and Yellow Jacket body colors were discontinued in 2006.

When production of the 2004 Pontiac GTO started in late 2003, GM and Holden committed to manufacturing a maximum of 18,000 vehicles each year. GM originally expected to max out this production number, but the unenthusiastic reception of the Pontiac GTO led to lower production and sales numbers. A total of 40,808 GTOs were manufactured from 2004 to 2006, with the last vehicle rolling off the assembly line on June 14, 2006. Production numbers for each year are as follows:

When GM announced that production of the Pontiac GTO would cease after the 2006 model year, they initially intended on introducing a redesigned version in 2008. Reportedly to be based on the Zeta rear-drive platform developed by GM's Australian branch, the production of this newest GTO has officially been put on hold indefinitely.