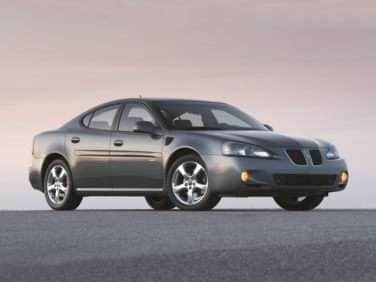 All About Pontiac Grand Prix

The Pontiac Grand Prix is a 4-door mid-size sedan that originally debuted in 1962 and was discontinued after the 2008 model year. The long-standing passenger car has been through seven generational evolutions and will be replaced by the larger Pontiac G8. GM has sited a shift in consumer demand as the main reason for the demise of the Grand Prix. Top competing vehicles within the Grand Prix's class included the Honda Accord, Hyundai Sonata and Toyota Camry.

The 7th generation of the Pontiac Grand Prix was introduced for the 2004 model year and was based on the GM W platform. This platform has been used as the skeleton for a variety of GM vehicles, including the Buick Century, Buick LaCrosse, Buick Regal, Chevrolet Impala and Chevrolet Monte Carlo. A bold sloping roofline and familiar Pontiac grille dominate the exterior design of the vehicle. On the inside, simple plastic materials make up the bulk of the design. Dimensions for the final Grand Prix include a length of 198.3 inches, width of 71.6 inches and height of 55.9 inches.

The powertrain on the base Grand Prix featured a 4-speed automatic transmission mated with a 3.8-liter V6 engine that produces 200 horsepower and 230 lb-ft. of torque. The GXP benefits from a larger 5.8-liter V8 engine that delivers 303 horsepower and 323 lb-ft. of torque. Active Fuel Management, fog lights, traction control, performance tires and a sport-tuned suspension are also available on the GXP. Manual shift capability also gets added to the 4-speed automatic transmission.

The base Pontiac Grand Prix came standard with minimal safety features that included dual front airbags, 4-wheel disc brakes, daytime running lights and a tire pressure monitor. The GXP added antilock 4-wheel disc brakes and an antiskid system. Side curtain airbags were available as an upgrade. Crash tests performed on the Grand Prix resulted in mediocre scores, with the NHTSA handing down a 3-star rating for driver and rear passenger side impact, 4 stars for rollover resistance and passenger front impact, and a perfect 5 stars for driver front impact.