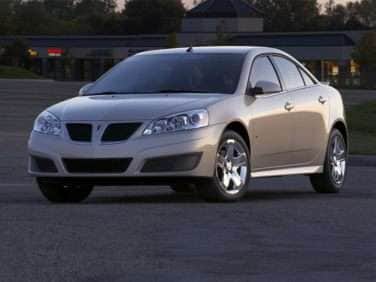 All About Pontiac G6

The Pontiac G6 is a mid-size sedan that was originally introduced in the 2005 model year. The G6 replaced the Pontiac Grand Am in Pontiac's vehicle lineup and is assembled at the GM plant in Lake Orion, Michigan. Vehicles that directly compete with the Pontiac G6 include the Nissan Altima, Ford Fusion and Honda Accord. The G6 is based on the GM Epsilon platform, which is also used for the Chevrolet Malibu, Saturn Aura and Saab 9-3. The vehicle was originally only available in a 4-door sedan body style. A 2-door coupe and convertible option were added for the 2006 model year. Overall, the G6 is styled to give it a much more upscale appearance than its Grand Am predecessor. Smooth lines, chrome gauges and solid switchgears are just a few of the ways in which this was achieved.

Both the 1SV and base trim of the Pontiac G6 feature a 4-speed automatic transmission mated to a 2.4-liter 4-cylinder engine that delivers 169 horsepower. The GT model receives one of two engine upgrades, depending on model type. The coupe and sedan feature a 3.5-liter V6 engine that delivers 219 horsepower. The convertible GT comes with an alternate 3.5-liter V6 that provides 217 horsepower. All GT models come with a 4-speed automatic transmission with manual shift capability.

Standard safety equipment on the 1SV, base and GT models includes dual front airbags, front side airbags, side curtain airbags, daytime running lights and antilock brakes. The GXP trim adds an antiskid system. In crash tests performed by the NHTSA, the sedan model achieved a perfect 5 stars in the categories of driver front impact, driver side impact and rear passenger side impact and 4 stars in passenger front impact and rollover resistance. The coupe model received identical scores, except in the category of rollover resistance, for which it achieved 5 stars.

The 2009 Pontiac G6 has a few internal changes as well as a few changes to external options since the 2008 model year. The base G6 model now has an optional six-speed automatic transmission available. The standard transmission is a four-speed automatic transmission system and the new option is offered as a part of the base model’s Sport Package 1. Other items now offered in this options package are chrome wheels and stability control. The new transmission option gives the G6 three more miles per gallon than the other G6 models, making the rating 33 miles per gallon on the highway.

The G6 now has standard satellite radio on all base models. Remote start is a new standard feature on the GT and GXP trim level models. The base model now has remote start available as an option. On the outside, there are four new paint colors available on the G6: Silver Green, Gold Mist, Summit White and Quicksilver. The power-adjustable pedals that were once available as an option on the G6 are no longer available.

The G6 sedan comes standard with 17-inch wheels made from steel, power accessories, OnStar, air-conditioning, a CD player and a sic-speaker sound system, a steering column that tilts and telescopes, an auxiliary audio jack and a rear seat with a 60/40 split that folds flat for more cargo room. A base G6 model with the Preferred Package of options also comes with keyless entry, cruise control and remote engine start.