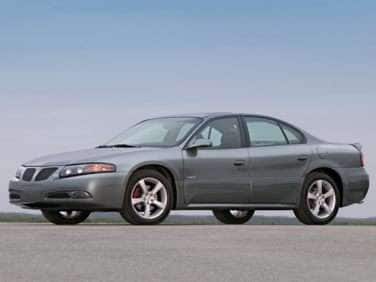 All About Pontiac Bonneville

The Pontiac Bonneville served as the apogee of the Pontiac lineup through much of its existence as a production model, which ran uninterrupted from 1957 to 2005. The Bonneville name first appeared on a Pontiac concept car built for the GM Motorama touring auto shows in 1954, called the Bonneville Special.

The production model Pontiac Bonneville was introduced as a trim level for the 1957 Pontiac Star Chief. The fuel-injected convertible was both powerful and highly luxurious. In fact, Pontiac’s product planners endowed the model with every option available for the Star Chief, with the exception of air conditioning. This made the limited production Bonneville the most expensive Pontiac model of its day at around $5,000. In fact, a 1957 Pontiac Bonneville cost more than the entry-level 1957 Cadillac. Since only 630 of the original Star Chief Bonnevilles were ever built, they are of course highly collectible today.

For 1958, Pontiac offered the Bonneville as a separate model unto itself, in both coupe and convertible formats. De-contented somewhat, the price point fell into a more attainable range of approximately $3,000. Standard equipment was a 300-horsepower V8 featuring a four-barrel carburetor and a dual exhaust system. Fuel injection was offered as an option, but a three-carburetor (Pontiac Tri-Power) setup was offered alongside it making more power and costing considerably less. Thus, an injected ’58 Bonneville is a truly rare find.

For 1959, the Pontiac Star Chief was dropped and the Bonneville became the top of the line Pontiac model—gaining a four-door sedan variant and a station wagon as well. Further, two now iconic Pontiac traits were introduced with the Bonneville that year—the split Pontiac grille, found on all subsequent Pontiac models, and the infamous Pontiac Wide Track.

Throughout the 1960’s and well into the 1970’s, the Pontiac Bonneville was both extremely powerful and highly luxurious. However, when the energy crisis of 1973 struck, subsequent Bonneville models took a very significant hit. By 1977, Pontiac had downsized the Bonneville considerably in an effort to keep the car relevant in the face of new government fuel efficiency regulations.

Bonneville sales downsized too, and the car never truly regained its popularity nor its performance potential.

By the end of the model's run in 2005, Pontiac was trying to make the Bonneville mimic European performance sedans in handling and equipment. However the car was hamstrung by its styling, and the fact it was built on a front-wheel drive platform when the cars it had to compete against used a more performance-oriented rear-drive layout.

The Bonneville nameplate was finally laid to rest in 2005, with the last one rolling off the assembly line in May of 2005.