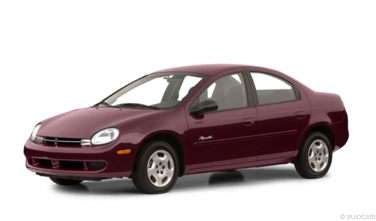 All About Plymouth Neon

The Plymouth Neon replaced the smaller, more square Plymouth Sundance compact car in 1994. The vehicle was a significant departure for the company, with a rounded roofline, large, round headlights and a friendly-looking front end that was the primary focus of Plymouth’s advertising campaigns. The Neon was intended to serve as real competition to the Honda Civic and the Nissan Sentra, and had a sportier image than previous Plymouth offerings in the compact economy segment. The Plymouth Neon was refreshed for the 2000 model year in order to improve the chassis and overall appearance of the vehicle.

The 2001 Plymouth Neon is longer, wider and more grown up looking than the generation that preceded it. The youthful exuberance of the outgoing model has been replaced by a subtle confidence that adds to the appeal of the entire package. A greater focus has been given to aerodynamics with an eye to reducing fuel consumption on the highway as well as lowering noise in the cabin. The coupe also disappears for 2001, as a four door sedan becomes the only available body style.

There is only one engine choice available for the Neon, a 132 horsepower, 2.0 liter 4-cylinder that also produces 130 lb-ft of torque. This motor can be matched with a close-ratio 5-speed manual transmission or a less exciting 3-speed automatic. While the Neon may not be the most powerful vehicle in the Plymouth lineup, it does provide excellent fuel economy – 33 miles per gallon on the highway and a spectacular 27 miles per gallon around town. The newly rigid construction and an upgraded suspension system that focuses on both improving comfort and providing greater performance means that the 2001 Neon is much more adept at handling aggressive maneuvers than the model that came before it. There is enough torque available at low engine speeds to help make slogging through traffic that much easier, and braking is good as long as drivers opt for four wheel anti-lock discs.

Inside, the Neon benefits from the enlarged dimension’s of the vehicle’s chassis to provide a back seat that is not only livable, but actually comfortable. Two passengers will have fewer complaints than three, but in general each seating position in the compact sedan has been improved. A larger trunk also makes use of a folding rear seat to increase the amount of cargo capacity over the older Neon. The instrument panel has been upgraded, and Plymouth has committed to using higher quality materials throughout the cabin in order to address complaints from automotive journalists and owners of the first generation of vehicles. Finally, the 2001 Neon is noticeably quieter inside than the domestic competition, in particular the Chevrolet Cavalier, thanks in part to improved interior seals.

The 2001 Plymouth Neon is one of the most competitive compact cars available from the Big Three of North American automakers. While it may not provide the same level of sportiness as Volkswagen or Mazda, it does address the needs of basic transportation with an attention to detail that helps it stand out from the crowd. At the end of the 2001 year, the Neon was re-branded the Dodge and Chrysler Neon, and was no longer offered as a Plymouth.