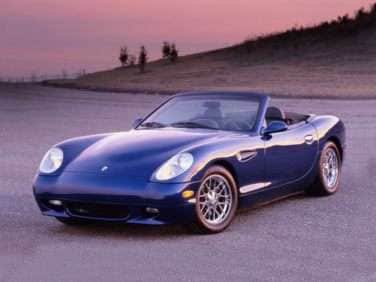 All About Panoz Esperante

The Panoz Esperante is a product of Panoz Auto Development (pronounced PAY-nose) an American boutique marque based in Braselton, Georgia (a suburb of Atlanta. The company was created specifically to handcraft custom sports cars.

Panoz Auto Development has produced three basic models to date, one of which is not sold in the United States. An enterprise of Don Panoz, but run by his son Dan, Panoz Auto Development is part of a conglomeration of the Panoz family’s automotive interests; including the Road Atlanta racetrack, Elan Motorsport Technologies racing car manufacturing, and the American LeMans Series racing, uh, series.

The first Panoz sports car offering was the Panoz Roadster, using a welded stainless steel tube frame. A highly elemental automobile, the Panoz Roadster featured very little in the way of creature comforts. The mechanicals from a 1992 Mustang GT were bolted to the frame. This included a 5.0-liter V8 engine, the output of which Ford quoted at 225 horsepower. A five-speed manual transmission conducted the V8’s output to a solid rear axle with traction lock.

The Roadsters were followed by a more ambitious project—a full-on grand touring model called the Panoz Esperante. Based once again on Ford’s Mustang mechanicals, the Esperante—like the Panoz Roadster—was built by hand and primarily of aluminum for weight savings. Fully dressed, an Esperante weighs right around 3000 pounds. However, where the Roadster was all about minimalism, the Esperante was conceived to be a luxurious daily driver.

Several versions of the Esperante have been offered, each with a varying balance of performance and luxury. And, just in case you are the sort of person who won’t consider any GT car without a racing pedigree, in 2006, the Multimatic Motorsports team won its class at the Twelve Hours of Sebring with a Panoz Esperante GT-LM. That year, the England-based Team LNT won the LMGT2 class at the 24 Hours of LeMans in an Esperante GT-LM as well.

The street cars featured the same SVT Cobra Mustang engine previously used in the Panoz Roadster AIV; a 4.6-liter aluminum V8 producing 305 horsepower and 320 ft-lbs of torque.  The front-mid engine, rear drive convertible, features an aluminum body, an extruded aluminum chassis with steel subframes, and a five-speed manual transmission. A four-speed automatic transmission was offered as an option. As this is written, (December, 2013) current Esperante models include the Esperante GTLM convertible and the GTLM coupe, both powered a 420-horsepower supercharged V8.