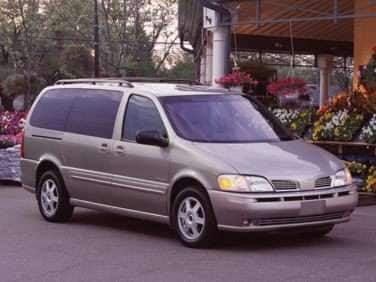 All About Oldsmobile Silhouette

The Oldsmobile Silhouette is a four-door seven-passenger minivan. The original Silhouette came on the market in 1989 as a 1990 model. It arrived at a similar time to its two sister vans, the Pontiac Trans Sport, which then became the Pontiac Montana and the Chevrolet Lumina APV, which later became the Chevrolet Venture. Over the next 15 years there were many changes for both the first and second generation.

The second-generation vehicle was fully redesigned for 1996. In the first year there were several trim levels, the base model (which didn't last long), the GL, and the GLS trim. In 1999 the Premiere trim were added. In 1998, the vehicle had a VCR with an overhead LCD screen for the passengers in the back seats. In 1999, the GLS trim was discontinued, whereas the other three carried on until the Oldsmobile line was discontinued in 2004. In 2001, the Oldsmobile Silhouette received a minor exterior upgrade that included a new stowable third-row seat and revised video system. By 2003, there is traction control standard on all front-drive versions. The GL model also receives bigger wheels. For the last year of production there was Collector's edition badging, wheels, and embroidery available.

Under the hood of the 2004 Oldsmobile is a 3.4 L V6 engine that is paired to GM’s four-speed automatic transmission. This being one of the smoothest and most responsive transmissions around.

The interior of the minivan is excellent. The driver has a good view of the road and a comfortable driving seat. The passenger have loads of space with enough cargo room to satisfy most consumers’ needs. The center console and dashboard have easily accessible knobs. The gauges are large, easy to see, and easy to read. There are many small cubbyholes throughout the interior allowing good storage space for little things like maps and coffee cups. The Silhouette offers a comfortable ride with efficient and responsive drivability.

The Oldsmobile Silhouette was considered to be a luxury minivan and carried many features as standard equipment that was considered optional by the competition.