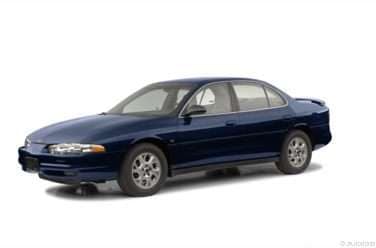 All About Oldsmobile Intrigue

The Oldsmobile Intrigue is a four-door five passenger mid-size sedan. The original Intrigue hit the market in the 1998 model year. It replaced the Oldsmobile Cutlass Supreme. The Intrigue lasted until 2002 but was the first of the Oldsmobile vehicle lines to be phased out. The Buick LaCrosse replaced it in 2005.

The Intrigue is available in three trim levels - the base GX, GS and the GLS. For the four years the vehicle was in production, there were minor changes.

In 1999, a different engine was offered. This was the DOHC 3.5 L six cylinder engine to go along with the original 3.8 L V6 that produced 195-horsepower. The new engine became the standard from 2002-2002 for the GLS and was an option on the other two. Both engines come paired to a four-speed automatic transmission. The EPA fuel economy rating for this vehicle is 18 miles per gallon in the city and 27 on the highway.

The interior of the Intrigue is spacious and comfortable, seating four people comfortably and in a pinch, a fifth and yet still have enough cargo space to satisfy most families needs. The cargo area boasts 16.4 cubic feet. The back seats fold down to increase the cargo space and will accommodate several sets of golf clubs. The color scheme is tasteful and subdued giving a classy serenity to the interior. The bucket seats are nicely shaped giving good lumbar support and the six-way power adjustments means they will fit most consumers nicely. There are also upper and lower tethers have been added for child safety seats for all three rear-seating positions.